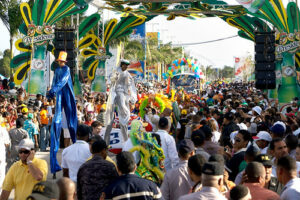 With the participation of 50 groups and 20 floats, will be celebrated the second carnival of Punta Cana 2009, organized by the Punta Cana group, an activity that coincides with the 40th anniversary of it.

The carnival will take place this Saturday March 7th at 04.00 pm on the Boulevard Primero de Noviembre, and more than 800 persons of several groups will participate too. 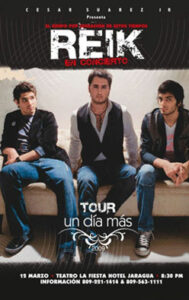 REIK comes back to the DR with a great concert, at the Hotel Jaragua. 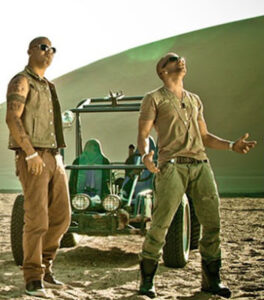 Pegate, Esta noche hay pelea, Llame pa’ verte, Rakata, Noche de Sexo, Mayor que yo, Sata, are some of the songs the duo will sing in this fabulous night. 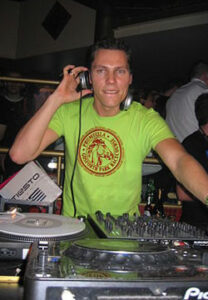 Born in Holland, Tiësto was the first DJ in the world to have a sold out one-DJ event in a stadium fit for more than 25,000 people. His remix of Delerium (Silence) by Sarah McLachlan was the first house song ever transmitted during the day in American radio (it stayed on UK’s top ten for eight weeks straight).

He played live for billions of people during the athlete parade at the official opening ceremony of the Athens’ Olympic Games.

This legend of electronic music will be at the Santo Domingo Olympic Stadium the Saturday March 28th 2009. 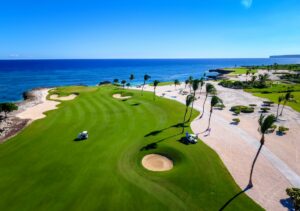 The inaugural event, held in March 2008 at Cap Cana resort, was a huge success in all aspects of golf and hospitality from the ever-welcoming Dominican Republic, said Mike Stevens, President of the PGA Champions Tour.