Concert, theater and children’s activities for all tastes.

Enjoy the premiere of the musical “Mariposas de acero” and a series of art, music, culture and children’s activities for all tastes.

An avant-garde musical that narrates the life of the Mirabal sisters arrives on stage. The production by Waddys Jáquez and Pablo García opens this Friday night, August 12, as part of the celebration of the 49th anniversary of the National Theater. 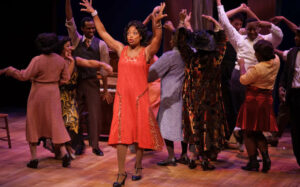 Larimar Route in Barahona and Pedernales

For ecotourism lovers, the “Larimar Route” 2022 edition will be held again from Friday 12 to Sunday 14 August in Barahona and Pedernales.

The route will have more than 500 participants (pilots) including about 200 representatives from Puerto Rico and the United States, and about 30 from Haiti. The Larimar Route has become the only event in the Enriquillo region with a 100% ecotourism promotion approach that attracts hundreds of tourists passionate about mountain, beach and river tourism through the practice of off-road sports in all its forms.

Venezuelan merenguera Diveana is set to perform at the Hard Rock Cafe Blue Mall, in Santo Domingo, this Saturday, August 13 at 8:00 p.m., under the production of Félix Colmenares and Gaby García of Veneventos.

The artist has also scheduled a performance on Friday, August 12 at Hard Rock Café Punta Cana. Diveana has been able to capture the spirit of merengues with hits such as “Lo que yo sé”, “Me falta todo”, “De amor y de miel” and “Boca loca”.

Tickets on sale at Kreatickets.com.

Children have their own activities

The children’s agenda is full of fun for the little ones of the house. We show you several free options that should be done as a family.

On August 14, the event “Leo con dibujos” will be held in the lobby of Galería 360. “La princesa con modales” will be the book that will be read for the little ones from 5:00 p.m. onwards.

Another activity dedicated to children will take place at the Cúcara Mácara Theater. “A qué te sabe la luna?” will be the staging. August 13, at 4:00 p.m. is the date. Free admission until seating capacity is reached.