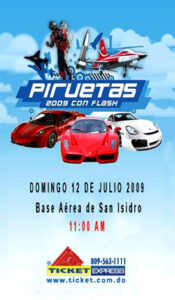 After the bad weather that interrupted the event on past month, the producers explained the show was reported to Sunday august 2cd.

Show Aéreo 2009 is the greatest show of planes, helicopters, and remote control rockets that will take place in the San Isidro Airbase.

International experts will come from London Miami, Puerto Rico etc… to share this activity with national ones during a great show, starring scale models, giant planes, from the 2cd world war, helicopters, and the amazing Jet Pack for the first time in the country.

The enterprise who organizes the event ask the audience to keep the part of the tickets that was returned since it will be a valid pass to assist to the new shows that will take place.

Luis Fonsi in concert at the Sports’ Palace, Santo Domingo 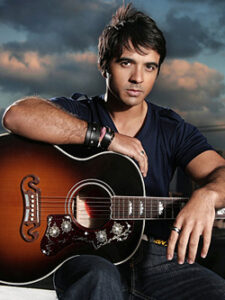 Verano Presidente 2009 will present Luis Fonsi in a concert for Dominican Republic, at the Sports’ Palace of Santo Domingo, on August 08th, 2009.

This show is part of the Promotional Tour Palabras del Silencio, that enabled the artist to visit many countries of Latin America, Spain, and United States. 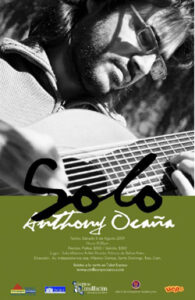 After presenting its music around the world, the Dominican- Spanish compositor and guitarist Anthony Ocaña comes back on the scenes of its native country, the Dominican Republic.

These presentations will take place on august 8th in the main room of the Fine Arts Palace of Santo Domingo(08.30pm), and august 13th at the Auditorium of the León Center in Santiago (07.00 pm). 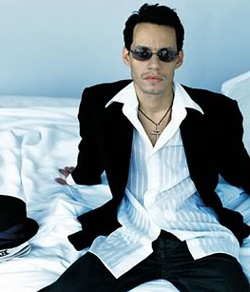 Marc Anthony comes back to Dominican Republic: For the first time, he will sing at the Gran Arena del Cibao of Santiago, on Friday August 14th.

The Portorican star will offer an unforgettable show to all his fans.

SD Concerts announced the concert scheduled for the Friday August 14th of the artist Marc Anthony at the Gran Arena in Santiago was postponed to September 18th, at the same place.

The enterprises IF Productions and MGC Promotions organize a tribute concert this August 14th 09.00pm at the Theater La Fiesta of the Hotel Jaragua. It’s the first tribute for Micheal Jackson that will take place in Santo Domingo.

Our main goal is to use Dominican talent in order to honour the king of pop, during a fresh and well finish production, and of course interesting, said Maeno Gómez Casanova, Ivan Fernandez and Frank Escobar, who produce the event.

Above the artists who will sing there are Frank Ceara, Audrey Campos, Carolina Rivas, Héctor Aníbal and Luis Armando Rivera. 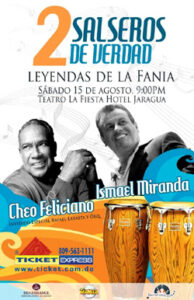 The Portoricans Cheo Feliciano and Ismael Miranda will meet to present Dos Salseros de Verdad (Two true salsa singers), a great concert during which these salsa, son and tropical music stars will sing their greatest hits.

The show will take place on Saturday August 15th, in the theater La Fiesta Hotel Jaragua of Santo Domingo, and will be unique.

This is a production of Buena Vista Entertainment and Corporacion EM. They will be accompanied by Maestro Rafael Labasta and Orchestra. 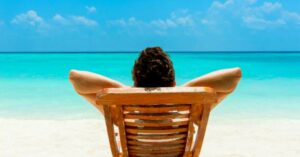 In order to celebrate the last day of summer vacations, Recrea Inflables, Parque Intrépido with Alan Brito and La Cabinita, will realize on August 16th the biggest party of the back to school time.

This event will count with and inflatable attraction park, animation, activities and artistic shows and will be animated by Alan Brito & Las Intrepichicas, La Tía Nancy, Vitico and others.

Soon, the most famous characters of Disney will be on the ice of the Palacio de los Deportes in Santo Domingo.

Saymon Díaz Concerts informed that the tickets will cost between RD $2,500 (Platinium), and 500 RD $.