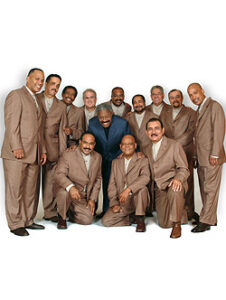 El Gran Combo from Puerto Rico will perform on Saturday, October 2nd at the La Fiesta Theater in the Hotel Jaragua, under local production of Ronald Sanchez.

EL GRAN COMBO OF PUERTO RICO, commonly known as The Mulatos of Flavor, is undoubtedly the most successful SALSA group in the world. Many legendary singers have been members, such as GILBERTO SANTA ROSA and ANDY MONTAÑEZ, which is why they are also known as the University of Salsa.

El Gran Combo was founded by Rafael Ithier in May 1962. Ithier has been the orchestra’s pianist and musical director throughout its almost 48 year history. The orchestra has released over 50 albums and a dozen compilations, and has also received numerous awards, including gold records, Latin Grammy awards, and a Silver Calendar in Mexico, among others. 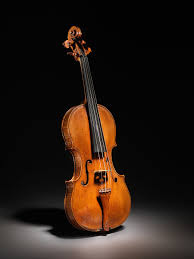 The Ministry of Culture will receive the Youth Orchestra of the Americas (YOA), which will make a historic musical exchange from October 8th to the 16th, as part of the celebration of Santo Domingo, American Capital of Culture 2010.

The 42 guest musicians will participate in workshops and will play alongside the National Youth Orchestra (ONJ) of the Dominican Republic.

The ONA, which has the support of tenor Placido Domingo and is made up of young talent from over 20 countries throughout the Americas, will exhibit the joy and unity that can be achieved through music.

The concerts with the ONJ will be held on Monday the 13th, in Carlos Piantini Room of the Eduardo Brito National Theatre, and Tuesday the 14th at the Plaza de Epaña in the Colonial Zone. Both performances will begin at 8:30 pm.

The first concert is being organized by the Symphony Foundation, which will present the winning pianists from the XVI International Piano Competition of Santander Paloma O’Shea. The second concert will commemorate el dia de las razas (day of the races), with a sample of Latin American and Dominican symphonic repertoire. 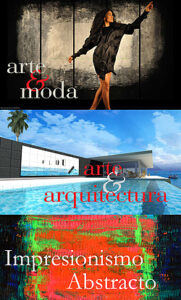 French painter Michel Bizet will expose his works from October 15th, 2010 until January 15th, 2011, in the restaurant Musa located in Santo Domingo.

The inauguration is scheduled on October 15th at 8 p.m. (invitation required) and will be dedicated to fashion. 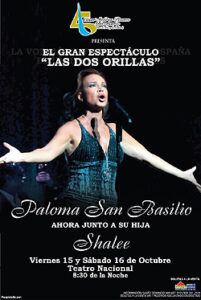 The singer Paloma San Basilio will perform October 15th and 16th in the Eduardo Brito Hall of the National Theater, at 8:30 p.m.

The interpreter, will visit the country to present his show, Las Dos Orillas under the local production of Cesar Suarez Productions. Paloma has been performing elegant, intimate spectacles throughout her more than 30 year career.

Performing with Mrs. San Basilo, and making her debut in the Dominican Republic, will be her daughter, Ivana Gomez, who uses the stage name Shalee. 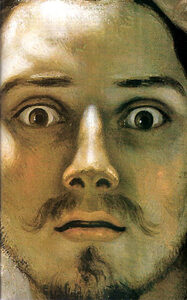 For the first time, 69 original works by the French artist will be brought for to the Dominican Republic, the Caribbean and Latin America for the enjoyment of students of art history and art lovers in general.

This is a unique art event that will bring together paintings, drawings, prints and pictorial tributes that artists, past and present, have surrendered to Gustave Courbet. The works have been donated by the Courbet Institute and the Association of Friends of Courbet, considered custodians of the memory of the great French artist. 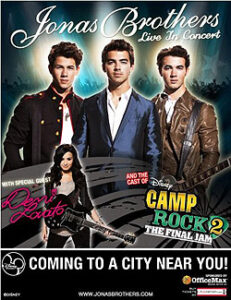 After their successsful Latin American tour last year, the Jonas Brothers are returning to Santo Domingo, this time as part of their Live in Concert 2010 tour.

The new tour kicks off this month in the U.S., and will make stops in several Latin American countries including: the Dominican Republic, Puerto Rico, México, Costa Rica, Colombia, Perú, Chile, Argentina and Brazil. SD Concerts, who produced the first show, will once again be handling the production of this event, which is scheduled for the 16th of October in the Palacio de los Deportes.

This time the famous trio of brothers is bringing along Demi Lovato as a special guest performer. The show combines spectacular production with hit after hit from both artists, including music from the original Disney movie Camp Rock, as well as from its highly anticipated sequel.

In addition, there will be guest appearances by the co-stars from both CampRock movies, who will be on hand to help celebrate the release of Camp Rock 2: the Final Jam from Walt Disney Records. 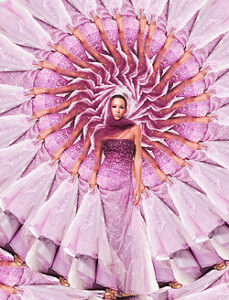 Dominican Republic organized for the first time a fashion week in 2006, when was created the event Dominicana Moda.

The goal of the activity is to internationally promote the fashion industry of Dominican Republic by presenting the talented local designers.

In 2010, the special guest is the very famous Dominican designer Oscar de la Renta. His show will take place on Saturday 23rd, for the closing ceremony of Fashion for Help, and activity that, as every year, will collect funds to help an association. 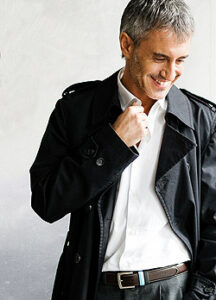 Spanish singer Sergio Dalma will offer a concert for the first time in Dominican Republic on October 21st, at the Jaragua Hotel.

The artist, who recently launched its thirteenth album called Trece, will sing its newest songs and the classic ones, as : Esa chica es mía or Bailar pegados.

This new album as a more american inspiration, and more variety. 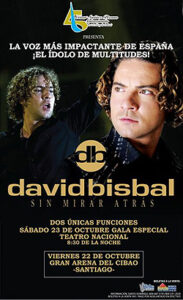 The famous Spanish singer David Bisbal arrives to Dominican Republic to present his new album Sin mirar atrás Tour 2010, that will be his first tour as a father.

The interpret of the song Waving a Flag, official hymn of football world cup 2010, will offer a concert on next Friday October 22th, at the Gran Arena del Cibao in  and the Saturday October 23th, in the Sports Palace. 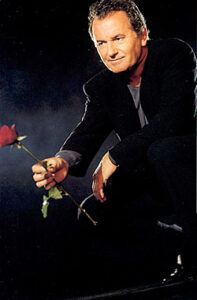 After a seven year absence from the Dominican stage Ana Belén and Victor Manuel are returning home in a single concert to be held on Saturday, the 23rd of October at the Centro Español in Santiago, under local production of Caribbean Events & Media.

Songs like Contaminame, La Puerta de Alcalá, Derrocheand La Muralla  are just some of the hits that this talented Spanish husband and wife team have given the world of music.

Ana Belen is considered one of the most outstanding Spanish artists. Her forty-year career has also included acting as well as singing, with more than forty films, two dozen plays and millions in record sales.
Victor Manuel was born on July 7th, 1947 inAsturias (Spain). The songwriter and producer has become a key element in the successful career of his wife.

Without neglecting their solo careers, together they have recorded several musical works and embarked on several tours around the world. 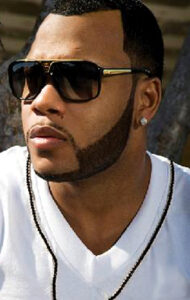 the party Theater of the Hotel Jaragua will be the stage where rapper Flo Rida will display the full might of his music, on October 23rd.

Flo Rida, who is best known for his hit Low, which remained number one on the Billboard Hot 100 charts for 10 consecutive weeks, is coming to the country for one show only, sponsored by Brugal Titanium, and produced by SkyPro and Praia.

Pedro Garcia, president of Skypro, reported that the rapper will perform his extensive repertoire of hits in a show featuring astonishing special effects. 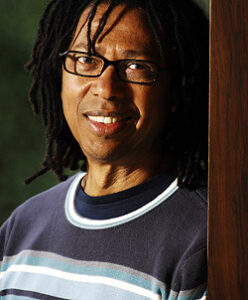 One of the most important singers of popular brasilian musir will offer for the first time a concert in all the country, on october 27th, in the hall La Fiesta of Jaragua hotel. 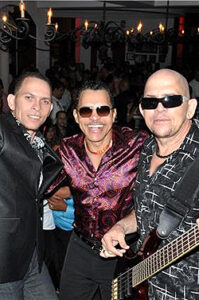 The Rocksario is the name of the show featuring the renowned merengue band Los Hermanos Rosario in another dimension. The shows will take place at the Hard Rock Cafes in Santo Domingo, on Friday the 29th and Saturday the 30th of October, respectively.

The Masters of Swing, will dig deep into their catalogue, this time backed by a rock band.

At a press conference on September 21st at The Temple of Rock, Rafa, Luis and Tony, announced that for this production they would play along with Dominican rock greats, in a merger of merengue and rock. 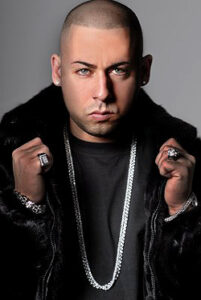 This year´s Halloween party has a name: Cosculluela Concert Party”, which will take place on Saturday October 30th at Sansouci.

After their successful show to a packed house last June at the la Fiesta Theater of the Hotel Jaragua, the Prince is back with another super production by Ronald Sanchez, on November 27th at the Palacio de Los Deportes.

It going to be a great concert, where Cosculluela will bring to the stage a long list of A-list guests from reggaeton and urban music, explained Ronald Sanchez of Ticket Express.

Cosculluela stressed that in addition there will be lots of music by DJs and a staging that will break the mold of traditional reggaeton concert in the country.

Mr. Sanchez said it will be an electrifying concert which will last until midnight, so that all urban music fans can enjoy themselves big-time. 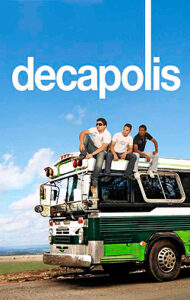 Decapolis, who made its debut last year on the prestigious program, El Escandólo del 13, have been busy with a heavy promotional schedule. The group will perform on

The concert of these talented guys, who will be headlining for the first time, is being called Grupo Decapolis Sensacion Pop. For this concert, the group will feature special guest artists.

The Group, since its inception, has worked with many major artists, as is the case of the group´s arranger, Moses Sanchez, who has worked with national and international music icons, such as Shakira.