Hector Acosta El Torito in concert at the Independence Hall of the Armed Forces, Santo Domingo. 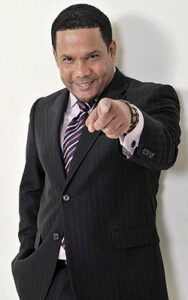 Hector Acosta El Torito, will be performing at the Independence Hall of the Armed Forces on Thursday, December 2nd.

Mr. Acosta comes hot off his successful show at the Gran Arena del Cibao and the release of his latest album, Oblígame, which hit stores on Oct. 12th.

This show by El Torito, one of the most popular singers of recent times, is organized by the Lions Club of District R-3 and a portion of the proceeds will go to help children with cancer and AIDS.

This festival will kick off the Christmas holiday season and El Torito will get everyone dancing to merengue, bachata, rancheras, boleros and more. 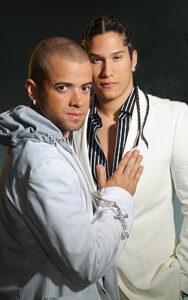 The duo Chino and Nacho, known for their hit Mi Niña Bonita will come for the first time to the country on Friday December 3rd at the Hard Rock Café of Santo Domingo. 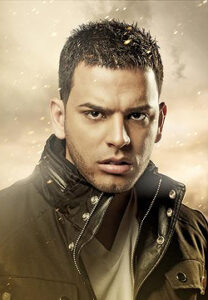 During the concert, Tito El Bambino will perform songs included in his new production EL PATRON as well as the single Underground, which he is promoting.

For his part, Zion & Lennox duo will come for the first time to Dominican Republic, loaded with energy to share with fans. 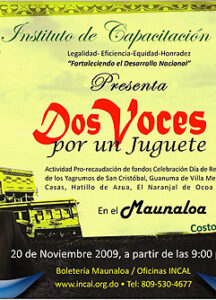 Dos voces por un Juguete (Two voices of a Toy) is a great concert that brings together the local artists Wason Brazoban and Shire.

The event will take place on Thursday December 9th at the Maunaloa Night Club.

This concert will benefit the children of the communities of Padre las Casas, Los Yagrumos of San Cristóbal, Hatillo- Azua and Batey Yagua of  Yamasá.