Daniel Sarcos, known for his substantial and meritorious work as an animator of the most successful television programs in Venezuela and Latin America Sábado Sensacional and War of the Sexes, Only an animator ? NO, we also met in their participation in the hit film acting UN MACHO DE MUJER… and now come with its multimedia monologue My life is not so sensational.

My life is not as sensational has earned the public of Panama, Miami, Aruba, Curacao and now goes to the conquest of the Dominican Republic.

My life is not as sensational only function will be held on the Saturday, March the 6th 2010 at 9:00 pm, at Teatro La Fiesta of the 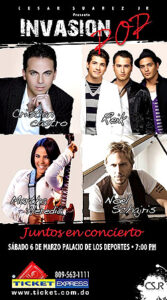 Four leading exponents of Latin American pop prepare to merge their talents in the Sports’ Palace.

Through its press release, CSJR Productions, artistic entrepreneur who heads the Cesar Suarez Jr., confirmed that the event Invasion pop, which will feature the star of the romantic song Cristian Castro, the charisma and power of our Latin American Idol, Martha Hall, the group Reik sensation and feeling and passion Schajris Noel, formerly of Sin Bandera, which certainly will play all the successes of Sin Bandera.

The expectations on this show are very high, because without doubt this is a very dear group of artists for the Dominican people. Each of them will offer the best of themselves on that stage, said Suarez.

On Friday March the 12th at the Grand Casino Sosua Bay, history will be made with an outstanding boxing billboard will attract the most fantastic amateurs boxing in the Dominican Republic and Caribbean region and Central America through the ESPN Latin Boxing 2010. 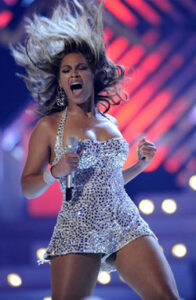 In the Olympic Stadium Félix Sanchez, will be accommodated to offer a concert exclusively for 15,000 people.

The artist comes to the Dominican capital under VIP’s production Music Enterprise, in the frame of her world tour World Tour 2010: I am… Sasha Fierce, presenting the tracks of his her latest production, I Am … Sasha Fierce, album that has caused great sensation all over the world, not only for the presentation of her first two promotional tracks, but also because of the rumor that this is Beyoncé’s last disc. 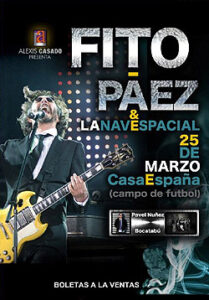 The Argentinian singer Fito Paez comes to the country to offer a single feature of his concert The spacecraft, which made a presentation of the most striking successes that have marked the different stages of his career and his latest creations.

The production will be staged this March the 25th this Thursday at the football stadium House of Spain, beginning at 8:00 pm.

Fito, who has been hired by Alexis Casado and Associates, will be hosted in his show at the Creole singer also Pavel Nunez and the rock group Boca Tabu, both nominated for awards for its leading work Cassandra awards during the past 2009. 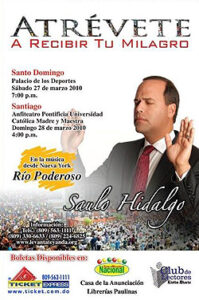 The Catholic preacher Saulo Hidalgo Will give a conference Dare To Receive Your Miracle.

In this time of grief, fear and great events that humanity is experiencing, it’s time to open hearts and let the love of Jesus, with his infinite power over all things to enter and do miracles in your life.

And precisely this is the preacher’s goal with this conference by Saulo Hidalgo: act with God’s action, changed every mind, every thought and action in a miracle.

If you are one who want to live a new life, a full life, this is your chance. 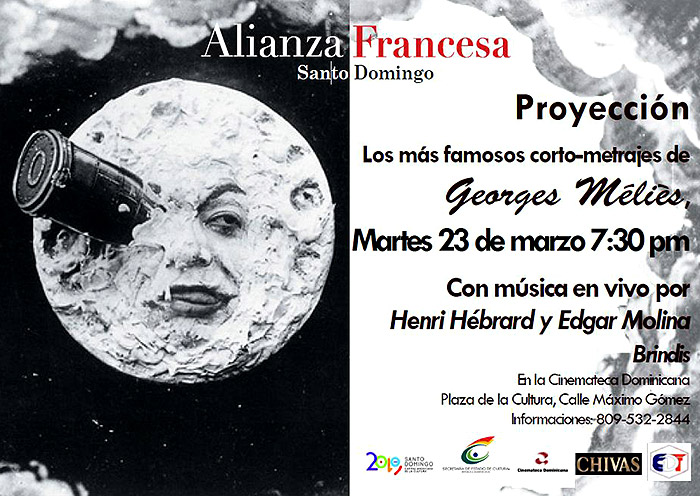 Five different fruits you should eat