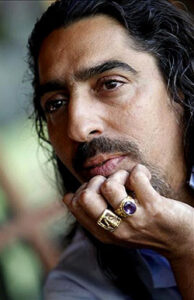 Spanish singer and songwriter Diego El Cigala is scheduled for a performance at the Carlos Piantini Hall of National Theater on next October 29th. His concert Cigala & Tango is a César Suárez Pizano production.

Like several other singers, El Cigala started singing in the street, in flamenco clubs and tablaos, until his excellent meter and ability to mark the rhythm turned him into one of the best at accompanying dancing.

He was born in Madrid in 1968 and today he has become one of the top cantaores in Spain. He was given the name of El Cigala by another legend from the flamenco world, Camaron de la Isla.

Diego el Cigala grew up in the El Rastro district of Madrid and it was in the local market that he performed as a child. He was brought up in the midst of a flamenco environment; Madrid was once the center of flamenco, especially during the 1970s.