They will present on the implications of the accelerated transformation of financial services and foreign trade.

The CLAB and CLACE congresses will bring together more than 50 exhibitors, participants from 150 countries and representatives from 163 Latin American banks, as well as experts in technology, innovation, cybersecurity and foreign trade.

The events, organized by the Latin American Federation of Banks (FELABAN) and the Association of Multiple Banks of the Dominican Republic (ABA), will take place from September 18 to 24 at the Hyatt Hotel in Punta Cana, on a continuous basis.

“In this post-pandemic context, the need to address transformations in banking and digital economy has become 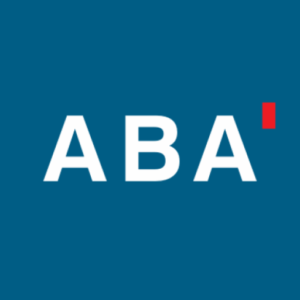 more pressing, since the conjuncture has forced the financial sectors, and productive sectors in general, to accelerate a digital agenda that was envisioned to be executed within a decade or more,” exposed the president of the ABA, Rosanna Ruiz, when offering details of the congresses.

Regarding this reality, she pointed out that it will be relevant to know the vision and perspectives of banking executives, renowned experts in technology, innovation, cybersecurity, MSMEs, foreign trade, as well as senior officials of supervisory and regulatory bodies in monetary and financial matters, both national and regional.

The XXII Latin American Congress on Technology and Innovation will begin on September 18 with the theme “Innovation, Technology and Security: Accelerated transformation of means of payment and financial services”.

The agenda of conferences and panels includes topics such as the global and regional perspective in a digital economy; technological transformation and added value for users; synergy between banking and Fintech; infrastructure of the payments ecosystem and evolution of the card industry; digital identity and user experience; how to protect against cybercrime; digital on boarding, opportunities for emerging businesses, among others.

Speakers include the governor of the Central Bank, Héctor Valdez Albizu, the director of ProUsuario, Yuliana Ramón; as well as presidents of multiple banks operating in the country, the ABA highlighted in a press document.

The XXVIII Latin American Congress of Foreign Trade will start on Wednesday, September 21, focusing on e-Commerce and SMEs as options to create and improve business, explained the ABA in a press document.

It expressed that attendees will have the opportunity to interact directly with international companies such as Amazon, Mastercard and others, but also to participate in the exhibitions of country brand products of international projection, by local entrepreneurs and producers.

Among the exhibitors are the Superintendent of Banks, Alejandro Fernández W.; the Minister of Industry and Commerce, Victor -Ito- Bisonó; presidents of multiple banks, representatives of the export sector and local industries.

The guild informed that it has made available the web page https://clabclace2022.com.do/ for those interested in knowing more details of these events.