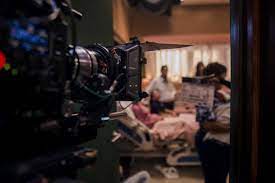 During 2022 the Dominican Republic received 125 projects that moved in the economy more than RD$15 billion, reported the Directorate General of Cinema (DGCINE).

In 2022, 125 films were shot, 65 foreign and 60 Dominican, positively impacting the food and beverage, hospitality, transportation and construction sectors, as well as micro and small businesses, stated Dgcine.

Several of these foreign projects have featured world film industry figures, such as Jake Gyllenhaal, Jodie Foster and Johnny Depp.

In addition, a total of 121 incentives were approved for domestic and foreign projects through the Intersectoral Council for Film Promotion in the Dominican Republic (CIPAC). This council is the superior body of the General Directorate of Cinema (DGCINE), which approves tax incentives.

“2022 was a year full of achievements for Dominican cinema. At the internationalization level we managed to support, with their projects, producers and filmmakers on their route to reach larger audiences beyond our borders,” said Marianna Vargas Guirilieva, director general of the DGCINE.

This year 2023, added Vargas Guirilieva, begins with very good signs, as two Dominican films and a short film have entered as official selections in Class A festivals, such as the Rotterdam Film Festival and the Berlinale.

The achievements also highlight that the Film Information and Registration System (SIRECINE), a database of all technical and artistic personnel working in the industry, presented an increase of 82 new service providers.

Likewise, the public was able to enjoy 28 premieres of Dominican films in movie theaters in the country, representing a 40% increase compared to 2021.

The Cinemateca Dominicana has impacted a total of 1,449,883 people in 2022, developing 62 dissemination projects.

Among them, 1,438,133 enjoyed Dominican films through the Cinemateca TV initiative, broadcast by RTVD; 9,090 enjoyed in all regions of the national territory with the Cinemateca on Wheels program.

In addition, 1,014 attended activities at the Cinemateca’s headquarters; 1,063 at International Exhibitions and 583 by live transmissions of cinematographic works through the Cinemateca’s YouTube channel, in conjunction with the National Institute of Dominicans Abroad (INDEX).

During 2022, the DGCINE signed seven collaboration agreements with the following national and international entities:

– To provide new windows for dissemination and distribution, the DGCINE signed an agreement with the Locarno International Film Festival, Switzerland.

– To strengthen the institutional framework and support national and international productions, agreements were signed with the Ministry of the Environment and Natural Resources, the General Directorate of Customs and the Dominican Association of Press and Film Critics (ADOPRESCI).

Also, in addition to the areas revealed by the survey, programs were carried out to complement training based on the requirements of the industry, with workshops such as Drama Production Management and the English Program for drivers.
My First Job in Film” Program

In order to strengthen human capital, a meeting was held with training entities that offer education programs focused on film, where we presented the results of the Human Capital Sector Survey (LSCH) 2022.

As a result of the results of this survey, the DGCINE created the program “My first job in film” which consists of inserting term students and/or graduates of the different training entities in national films. In six months, five films have been part of this project, inserting personnel in 10 areas of film production in greatest demand.

With the objective of positioning the Dominican Republic as the main film destination in the region and attracting foreign investment through foreign productions, the DGCINE participated in 15 international events as a trade mission, including markets, festivals, exhibitions and forums.

For the first time, the Dominican Republic participated in the Latin American Training Center’s “Global TV and Film Program” where Dominican filmmaker Pablo Chea was selected and sponsored by the Motion Picture Association (MPA) to participate in this intensive training in Los Angeles, along with other filmmakers from Brazil, Colombia, Argentina, Japan and Thailand.

At these international events, 39 Dominican films were promoted on the road to possible placement with sales agents, distributors, investors and international producers in these markets and festivals.

To support the internationalization strategy of Dominican cinema, a line of support was created for national filmmakers. The objective is to achieve their participation in the main markets abroad.

For 2023 the DGCINE will focus on strengthening the internationalization strategy of Dominican cinema.

Achieve the necessary alliances to continue strengthening FONPROCINE and the training programs designed based on the Human Capital Survey.

Joining efforts to continue to boost film destinations, with a special focus on the northern zone.

Similarly, the Virtual One-Stop Shop will be launched in the first quarter of 2023, where all the procedures required for the execution of an audiovisual project can be carried out as part of the simplification of procedures and improvement of processes.