All about the amber
Definition

Amber is not a stone, but a transparent mineral, shining, that generally raises a color between golden and orange, but it also exists green color, red and black.

It is darkened in a natural way with time.

If it’s put in direct contact with fire it ignites immediately and its hardness is similar to the gold and the silver one, although it is less hard than iron and other minerals.
Properties of Dominican amber

Insect in AmberThe amber of Dominican Republic would come from Hymenea, a tropical tree disappeared specie with the broad sheets and from the family of the leguminous plants.

Its nearest relative still exists in the east of Africa.

The amber of the Dominican Republic is famous for the diversity of inclusions that it contains and the amber researchers, the scientists and the collectors classify amber by the three rare “treasures” that it may contain: scorpions, lizards and frogs.
Only 30 to 40 scorpions, 10 to 20 lizards and 8 or 9 frogs were found in the whole world.

Another characteristic of Dominican amber is that it tends to be presented in many colors, very brilliant, with a large variety of very beautiful nuances.

Several factors influence the color determination for each stone.

Some possible factors are: the type of resin producing tree; the composition of the resin, its time and the conditions of fossilization; the presence of natural elements (organic and inorganic); the various levels of existing temperature and pressure.
AmberFormation and composition

This one, with time has suffered a process of fossilization by forming masses irregular and extended in the sandy layers and argillaceous slates of the tertiary age.

The trees produced the resin :

As a protection for diseases and insects infestations ;
When the bark of a tree was wounded or broken by beetles or other insect attacks.

For these reasons, it generally contains insects in its interior and perfectly preserved plants that were imprisoned in the viscous resin before their fossilization…

After having exuded outside, the resin hardened in wet sediments like the clay and the sand which were formed at the lagoons bottoms or rivers deltas, and was thus preserved in the earth’s crust for thousand years.

In Europe, amber was formed from the resin of Pinus Succinifera, whereas in America it comes from the leguminous plant Hymenaea Courbaril better known under the name of Guapinol in Chiapas(Mexico) and Nicaragua and in Dominican Republic under the name of Caroubier pertaining to the tertiary geological period.
AmberLocalization

Although amber is present in many parts in the world, only twenty reserves of high quantities were found around the world untiltoday, in Eastern Europe (Baltic), in Mexico and in Dominican Republic.

In Dominican Republic :
Even if a part of amber is extracted in the Eastern Southern part of the country, in particular around Bayaguana, the largest Dominican amber mine is in the “Cordillera Central”, between Santiago and Puerto Plata.
Amber Extraction

The amber extraction is mainly carried out in two manners: with open sky and in an underground way.

The mines are tunnels dug on precipitous slopes, the men excavate in the hill until they find the coal seam that contains “the amber heart”.

This is why they perforate holes in which they enter while crawling some times.
History of AmberHistory, Beliefs and ancient uses of Amber

The oldest amber piece that was discovered by the man was in the sector of Ganover, in Germany.
This arrived approximately 30.000 years ago.

Since antiquity amber is a very prized material.

The Romans liked much the amber jewels and they established trade roads of this material from Europe to Baltic, the principal origin zone.

Already in 3.000 before J.C., Baltic amber was exchanged against assets of southern most Europe.

Around 58 after J.C., the Roman emperor, Nero, would have sent a Roman knight in a quest of this “north gold” and brought back hundreds amber’s pounds to Rome.

Subsequently, since 1283, the Teutons knights, after returning from their crossings, became the absolute governors of Prussia and thus of the Baltic amber sources, as well as the governors of amber objects manufacture, and they punished the contraveners by hanging them.

During the 500 following years, amber was especially used for religion.

Thousands of archaeological finds in Central America proved that amber was used by prehistoric men as a personal embellishment and as glorification in religious rituals.

In antiquity people thought that amber was formed when the sun rays crossed the ocean surface, but it actually comes from fossilized resin of coniferous trees.

Around 1600 before J.C., the former Greeks, who were fascinated by amber, thought that amber was formed when the tears of the River Goddess fell into water.

Amber PureFor the Greeks amber was an important exchange money that was distributed in Mediterranean nations.

The Greeks were also the first ones to describe the electrostatic property of amber.

In the Odyssey, an amber collar which belonged to a distinguished Phoenician trader is described.

Objects made from Baltic amber were found in the King Tutankhamun grave in 1400 before J.C. and in Mesopotamia in 900 before J.C.

For the ancients, amber appeared as a magic stone thanks to its capacity of heating when it was held.

Once it’s heated, the fossil resin emits a pleasant perfume.

In Latin America amber was seen as a beneficial stone in the indigenous cultures where the children carried it to protect themselves from the diseases and bad spirits.
Properties of AmberProperties

Through the history the people always believed in the curative properties of amber.

The Egyptian alchemists allotted a religious and medical value to it.

Thus, medically, it would revitalize the organization, as well as the organ of the body on which it is placed, by improving its function in particular.

It would support virility and fruitfulness.
Under the form of collar, it would offer excellent results against the goiter, the mumps, all that is connected to hearing and the throat, especially with regard to asthma and persistent cough.

It would extraordinarily amplify the energy of the thought and the mental omissions.
It would preserve damage caused by fire or water. In Tibet the initiates employ it to attract the positive vibrations and good fortune.

It is said that it transforms the good dreams or the desires actually, whether they relate to the love, health or work. 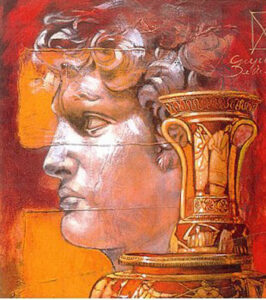 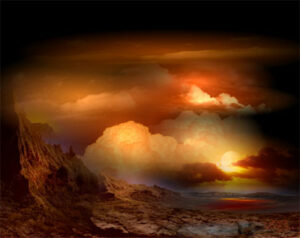 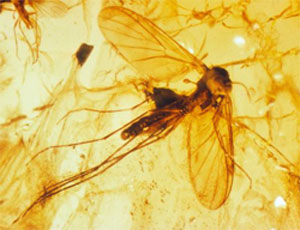 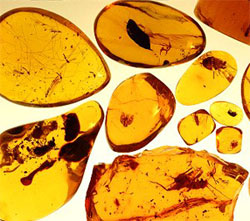 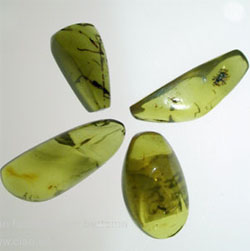 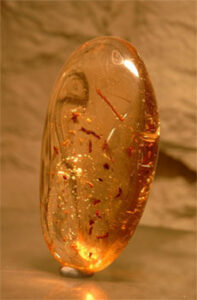