The Dominican government lifted the restriction on the export of eggs, which had been established at the beginning of the month to avoid an increase in the price of the product in the country.

This was reported by the Minister of the Presidency, Joel Santos Echavarría, who recalled that the measure was ordered by resolution number 01-2023, issued by the National Council for Food and Nutritional Sovereignty (Conassan), which ordered the suspension of exports from the Dominican Republic, for a period of 15 days.

“As of this Wednesday, the restriction on egg exports from the Dominican Republic was lifted, so the trade and producers can continue with the work of marketing eggs in international markets,” he said.

In the last extraordinary session of Conassan, the Minister of Agriculture, Limber Cruz, informed that the export of this product had grown to represent between 15 and 20 percent of the total production, which threatened the supply of the local market. 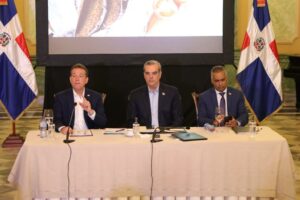 Due to the over-demand that was causing the shortage of eggs in the Dominican Republic, the resolution was issued.

Despite the volatility of the costs of the main raw materials, the Dominican poultry sector maintains a strategy of growth and dialogue with the Dominican government to ensure a timely supply, quality and fair prices.

In this regard, members of the Dominican Poultry Association (ADA) pledged to continue increasing the supply of eggs in the country, which is projected to increase by more than 15%.

The restriction on egg exports was implemented in order to guarantee the food sovereignty of the population and avoid shortages and price instability of this product.

The resolution indicated that the suspension of egg exports would be reviewed by the Council prior to the expiration of the indicated period of validity.