Oxford Economics projects that spending by visitors using the Airbnb platform when traveling, including reservations and spending in various sectors such as restaurants, transportation and entertainment, among others, will exceed US$11 billion by 2025.

Airbnb today presented the main findings of the study conducted by Oxford Economics on the economic impact of Airbnb users in the Dominican Republic 1 . According to the analysis, spending by guests who booked shared spaces on Airbnb in the country during 2021 was US$839 million (excluding spending on bookings), equivalent to 11.4% of all direct tourism activity in the country.

This economic spillover benefits various tourism-related sectors of the local economy. According to the study, guests who used the Airbnb platform to book made various expenditures during their stay on different products and services that directly benefit Dominicans.

1 All data related to this press content are the result of the Research on the Economic Impact of the Airbnb platform in the Dominican Republic, which in turn belong to a broader study on the Latin American region. All data shown in tables and graphs (accompanying infographics) are Oxford Economics’ own data, except where otherwise noted, cited in footnotes, and are copyright © Oxford Economics Ltd (July 2022).

The research also found that more than half of the hosts sharing their spaces on Airbnb in the Dominican Republic identify as female and these represent around 52% of hosts. In addition, the study reflected that spending by non-resident guests (coming from outside the Dominican Republic) accounted for 85.7% of total spending by guests using Airbnb, reaffirming the impact of tourism on the country’s economy.

According to Angel Terral, Country Manager for Mexico, Central America and the Caribbean at Airbnb: “This economic activity benefits the Dominican Republic in general, stimulating employment and income in all communities and industries. In addition, the majority of spending by guests using Airbnb in 2021 occurred across a range of non-accommodation sectors such as: restaurants, retail, and transportation providers, and across all types of business categories, from sole proprietors to non-profit cultural institutions and large corporations.”

Oxford Economics’ most recent forecasts anticipate a renewed boost to household incomes in the Dominican Republic as the tourism sector rebuilds from the impacts of the pandemic and that visitor spending in that sector will exceed $11 billion by 2025. 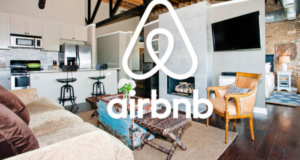 Oxford Economics analyzed the economic impact of the community using Airbnb in the Dominican Republic. For the purposes of this analysis, spending by guests who used Airbnb refers to all travel spending except accommodation, also referred to as host income. It includes daytime spending at the destination, such as dining, shopping and entertainment, as well as local transportation and transportation to and from the destination. The analysis is based on a combination of guest activity and guest survey data provided by Airbnb and Oxford Economics estimates of the direct economic impact of tourism, in terms of GDP, jobs and
income.

Oxford Economics prepared model-based estimates to normalize and extend the estimates of guest spending, for example, to include spending on transportation to and from the destination, and calculated key impact proportions based on previously estimated country-level relationships between tourism and economic activity.