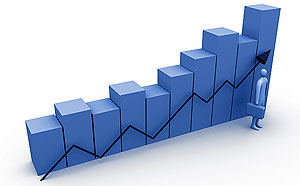 Very satisfactory and above the average.

The Dominican Government on Thursday announced that the country’s economy grew 4.5 percent in 2011 was widely boosted by exports.
A figure senior officials called the growth very satisfactory and above the average for Latin America and the world.

The announcement came after a meeting headed by President Leonel Fernandez with his economic team, including Central banker Héctor Valdez Albizu, and the minister of Treasury, Daniel Toribio, and of Temístocles Montas, Minister of the Economy.

The three officials stressed the economy’s growth and stability, and noted the Free Zone sector’s 20 percent jump in profits.
Valdez Albizu said despite gloomy projections by independent economists and the political opposition, it was the external sector which motored the economy’s growth, because for some, the global crisis would affect that segment.

He also revealed that the exports grew 29 percent and imports 13.6 percent, or nearly half of 2120.