II Cultural Meeting of Youth of Central America and the Dominican Republic 2022 to be Held.

The Ministry of Culture of the Dominican Republic, as part of its role in the pro tempore presidency of the Central American Educational and Cultural Coordination (CECC/SICA), will host the II Cultural Meeting of Youth of the SICA Region.

In order to encourage participation and dialogue on creative economy and cultural policies among young people in the SICA Region, the Council of Ministers of Culture of the Central American Educational and Cultural Coordination and its member states instructed the Executive Secretariat of CECC/SICA to hold the II Cultural Meeting of Youth of the SICA Region (II ECJ SICA).

This regional event, spearheaded by the Ministry of Culture of the Dominican Republic, together with the Executive Secretariat of that organization and the UNESCO Regional Office in Costa Rica, will be held virtually on August 22, 23 and 24. 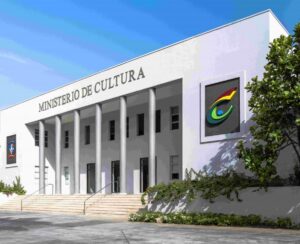 The event will bring together young people from the SICA region with the aim of strengthening cultural exchange and relations among the youth of the seven countries that make up this organization, through dialogue, participation and advocacy to strengthen the link between citizens, local communities and tangible and intangible cultural heritage, as a response to achieve sustainable development through the protection, conservation and promotion of the cultural heritage of Central America and the Dominican Republic.

Under the theme “Cultural Policies and Creative Economy”, the young people will reflect on the progress, challenges, challenges and opportunities of the SICA Region regarding the creative economy and cultural policies linked to the role of young people in achieving sustainable development in response to the crisis caused by COVID-19.

It is recalled that recently the Minister of Culture, Milagros Germán, assumed the pro tempore presidency of the CECC/SICA Council of Ministers of Culture during a virtual ceremony in which she reiterated her commitment to support the agreements reached at the XXXIV Meeting of Ministers of Education and Culture, among which is the regional proposal to be presented in the framework of the celebration of the World Conference on Cultural Policies, MONDIACULT 2022.