As Close To Perfect As An Offshore Destination Gets 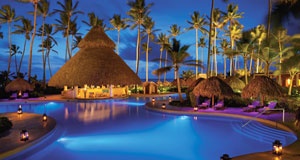 The Dominican Republic first came onto my radar in 2005. It was the country’s undervalued beachfront property that got my attention back then.

I was among the first to shine the light on the DR for American property investors, but its miles and miles of soft-sand beaches had been attracting foreign tourists and European investors for decades before that. The French, especially, have been moving to and investing in the Dominican Republic for generations.

Today I want to focus your attention on the Dominican Republic in a bigger-picture way.

Now that I’ve gotten to know it as well as I have, I believe this island nation is as close to perfect as an offshore destination gets. It checks nearly every box on my flag-planting list.

For the past two years the Dominican Republic’s economy has been the fastest growing in the Americas. The country enjoyed growth rates of 7% per year in 2014 and again in 2015 and is on track for that or better this year, thanks largely to millions of tourism dollars from North American and European travelers flocking to those sandy beaches I mentioned in growing numbers.

Alongside economic growth, the country’s recently re-elected President Danilo Medina has made education a priority, sponsoring literacy and vocational training programs for adults and building 2,500 new schools during his four years in office so far.

The current administration is working hard to get this country beyond developing-world status, one local businessman I spent time with recently told me.

The country’s infrastructure has improved dramatically since my first visit. Today new highways connect most of the resort and beach areas. The colonial zone in Santo Domingo is enjoying a facelift. New roads and sidewalks are being built, and utility cables are being buried underground.

More flights from the United States make the island more accessible, and major international hotel chains are targeting the DR, specifically Santo Domingo, for new properties. Recently opened are a JW Marriott and an Embassy Suites by Hilton. Under way are an Intercontinental and a Hard Rock Hotel.

Meantime, Carnival is bringing a ship a day to Santo Domingo’s cruise dock.

The DR sees about 6 million tourists per year; about 60% of these are from North America. President Danilo’s administration is trying to attract more Chinese tourists and has also targeted Israel with success. Charters arrive regularly from that country.

Beyond tourism, the Dominican Republic’s economy relies on agriculture (bananas, coffee, and cocoa) and mining.

That’s the country big picture. In the June issue of my Simon Letter advisory service, I detail how the DR stacks up as an offshore haven, flag by flag… starting with an overview of its current residency-for-citizenship option.

And that cost is going up. Dominica is raising its economic citizenship fees as of Aug. 1.

Furthermore, Dominica is a budget choice in this context. Other economic citizenship options are more costly.

If you don’t have or aren’t willing to spend the money to purchase second citizenship, you have to put in the time. Most countries require at least five years as a legal resident before you become eligible for naturalization.

The Dominican Republic requires only three years of residency… and that can be fast tracked.

The Dominican Republic offers ordinary and fast-track residency options. The fast track includes residency through investment as well as a program for retirees who can prove US$1,500 a month in pension income.

You can’t count on this in every case, but it can be possible to have your residency card in as few as 30 days.

The invest-for-residency option requires an investment of US$200,000. However, unlike the economic citizenship options where the investment is in fact a donation to a local development fund, you get your US$200,000 back… plus associated investment profits.

The option to qualify for residency through an investment in a bank CD is new. The regulations, requirements, and opportunities associated with qualifying for residency and a passport in the Dominican Republic are changing in real time as the government is working aggressively to attract more foreign investment and more expats and retirees interested in living in the country.

Bottom line, this playing field is continually changing for the better.