The splendor of other times can resurface, this time impacting the quality of life of those who live in this territory.

The excellent location of the province of Monte Cristi, places it as a strategic demarcation, desired by international capitals for the connection and development of productive activities linked to other regions of the world. History has shown us how this province has become the cradle of ships coming from North America in the 18th century, to the refuge of international capitals for the production and commercialization of bananas since the forties.

A strategic destination characterized by its more than 80 linear kilometers of coastline, its proximity to dynamic markets both locally and internationally, the productive diversity of its territory and the opportunity to promote a development infrastructure for both the northwest line and the border strip.

This will allow public and private investments made in this demarcation to boost the logistics and industrial sector of the area, not to vanish as birds of passage between one multinational and another; but that they generate profits for investors and in turn improve the welfare of its residents, through improving the quality of health services, education, connectivity and security, accompanied by greater opportunities. 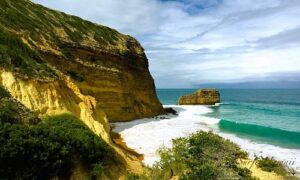 The quality of the soil allows the consolidation and industrialization of the raw material that comes out of its land, oriented to the cultivation of rice and bananas; which must be accompanied by a better irrigation system technification, management of high productivity soils and the improvement of underutilized public infrastructure such as the La Cruz de Manzanillo project, to increase production. Likewise, it is important to consider in the whole development model the protected area connected to the coastal system of the province that goes from the mouth of the Masacre with the Laguna de Saladilla Wildlife Refuge, through the Estero Balsa Mangrove National Park to the Montecristi Submarine National Park, which will allow taking care of these ecosystems and placing them for the enjoyment of the population.

Finally, this new era for the province of Monte Cristi requires the organization, support and consolidation of the fishing sector throughout the province; as a contribution to the promotion of this important sector at the national level, since its organization contributes to the sustainability of our water resources and in turn to generate opportunities that begin in each of the fishermen integrated into fishing cooperatives and culminates in the participation of a private sector that contributes to the value chain of the sector through the processing, packaging and distribution of this raw material.

A new era is being prepared for the province of Monte Cristi, so that the splendor of other times can resurface, this time impacting the quality of life of those who live in this territory, in its surroundings and throughout the country.