In a second stage for the relaunching of the northern zone of the Dominican Republic, President Luis Abinader and 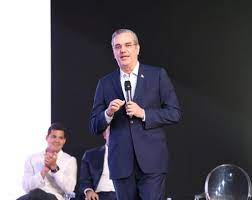 the Minister of Tourism, David Collado, led the presentation of the master plan for Punta Bergantín, which aims at the development of hotels, real estate, film and innovation in Puerto Plata.

To this end, the president emphasized that there are already commitments from companies that will establish their innovation centers in the area and that conversations are underway with some hotel brands with a strong position in the North American market, one of the target audiences for the north coast.

Immediately after the presentation of the master plan, the head of state held a private meeting with investors interested in the project, including several private developers in the Dominican Republic, such as Alvaro Peña, president of the CODELPA group, as well as representatives of the North American hotel franchise, Planet Hollywood, operated by the Sunwing group.

Another of the aspects highlighted by the President regarding the innovation axis is that, together with the cinematographic axis, “it will make this project a truly special one for the entire region”.

He also pointed out that the project has an appropriate design that respects the environment, assures an excellent quality of life in the real estate area, and in the hotel area, good enjoyment for tourists.

In addition, special incentives will be offered for the success of the development companies.

Meanwhile, the Minister of Tourism said that the Bergantin project will relaunch Puerto Plata, for being innovative, different, with new hotel rooms and real estate.

“The Bergantín project combines innovation, technology, tourism, sun, beach and real estate development,” said Collado.
“This is the second step where we will take Puerto Plata in a brief and precise way,” said the Minister of Tourism.

The implementation of the Punta Bergantín project foresees the creation of 83,250 jobs.

This would favorably impact the tourism and social development of this province and would strengthen the smokeless industry, the main activity receiving foreign direct investment for the country.

It is also a private project that seeks to turn the country into a preferred destination for tourism linked to the film industry, which would attract the filming of movies or series from all over the world and would serve as a tourist promotion of Dominican destinations.

The project contemplates the construction of 4,000 hotel rooms and another 16,849 residential rooms, a film studio to be developed by actor Vin Diesel’s company One Race Films and an 18-hole golf course.

The offer is complemented by an academic campus to promote education and innovation, an industrial hub, an urban commercial center and a real estate tourism development area.

The first phase involves the marine village, hotel development and access roads. It will begin in the course of 2023 with the credit support of Banco de Reservas, whose administrator, Samuel Pereyra, described it as one of the most important and ambitious projects.

In the second phase, the golf course and real estate projects will be developed, while the third phase will be of mixed residential and commercial use.

As for the movie studios, these will cover all three phases.