According to Dominican airports management company

Dominican airports management company (Aerodom) executives Monica Infante and Christian Moreira on Thursday affirmed that the Madrid and New York routes left by American Airlines and Iberia won’t affect operations to and from those destinations. 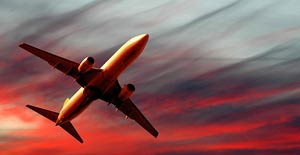 In a press conference, Infante and Moreira said the three airlines’ CEOs assured Aerodom that they’ll meet the demand for seats by Iberia and American customers, once they depart in April.

As as an example they cite Air Europa’s announced jump from 7 to 11 flights, for which they’ll have the number of seats travelers require. But we have also received assurances from the CEOs of Jet Blue and Delta Airlines to provide the number of flights needed to meet the demand of travelers between the Dominican Republic and New York.