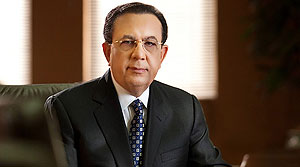 He regretted the attempts to alarm the country

The Governor of the Central Bank, Hector Valdez Albizu, guaranteed stable exchange rates in the country, before and after the elections and regretted that there are attempts to alarm the country because the exchange rate has risen three cents.
Valdez Albizu, explained that for three cents in a country where some US$15 billion are moving around is no reason to get upset or excited.

There is no reason to be alarmed, there are no monetary reasons, there are no fiscal reasons and besides that the Central Bank can handle this situation perfectly, he said.  According to the official, this situation comes about because every three month merchandise is renewed, what was bought in December is paid off and new lines of credit are taken out, so that the announcement of price increases of different products is not right.

The people can be easy, and whatever the merchants are saying, cannot be influencing prices. This is a slight appreciation, creating unnecessary expectations, he ended.