The Minister of Tourism, David Collado, pledged to organize, remodel and organize the beach of Boca Chica, just as he did at the time with Duarte Avenue with Paris.

After defining it as ”a symbol of chaos”, he said that the government is taking steps to initiate a project that, together with the private sector, will turn the tourist pole into a ”model” to follow.

“Boca Chica will be a model of an investment, refurbishment and organization of the beach through a project that we have already scheduled to begin at the end of the year, through public bidding,” he said when interviewed at the Las Americas airport by journalists covering the source. 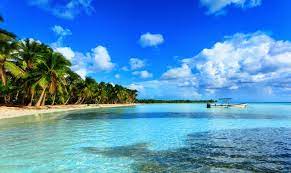 The project, said Collado, will begin at the end of the current year 2022, with the bidding process.

The tourism minister spoke to journalists while touring the airport facilities with the new director general of Migration, Venancio Alcántara Valdez, who went to inspect the agency’s working system at the terminal.

They were joined by Mónika Infante, director of Aerodom; Víctor Pichardo, director of the Airport Department; and Major General Carlos Febrillet Rodríguez, of the Specialized Airport Security Corps.