The Government reschedules for December 2023 the start of Digital Television

The Executive Power ordered the Dominican Telecommunications Institute (Indotel) to reschedule for after December 31, 2023 the implementation of Digital Terrestrial Television, so that the television broadcasting sector can comply with the requirements established for the analog switch-off and the switch-on of the digital signal.

Indotel has been advancing the work to facilitate the conditions that allow the start of Digital Terrestrial Television with the opening of the international public bidding process for the acquisition and delivery of 450 thousand “converter boxes” of digital signal, which will be delivered to vulnerable households in the country to ensure access to the open signal at the time of the entry into operation. 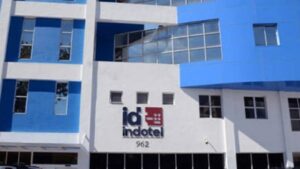 This process is part of the Digital Terrestrial Television (DTT) implementation project, which had been postponed for more than a decade.

This tender plans to select the company that will acquire, distribute and deliver the digital signal converter boxes to the homes selected by the telecommunications regulatory body. The approved standard for DTT in the country is ATSC 1.0.

Indotel identified as beneficiaries vulnerable households that have a television set, but do not have a subscription television service (cable), i.e. they consume television content on open television.

With the start of broadcasting of open television signals, users will be able to enjoy high definition images and higher quality audio.