The ceremony will be held in Guatemala on October 31st 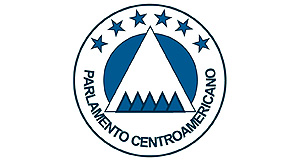 The Dominican Republic has been elected new President of the Central American Parliament (PARLACEN) and is to assume office October 31st in ceremony to be held at the headquarter in Guatemala.

Its member countries, in line with its Constitution, assume pro tempore leadership in alphabetic order. The Dominican Republic joined the organization as observer in 1996 and enjoys full membership from 2009.

Lawmaker Manolo Pichardo, from the Dominican Liberation Party (PLD) was elected by consensus among the Dominican coalition in the Parlacen –the Dominican Revolutionary Party (PRD), the PLD, the Social Christian Reformist Party (PRSC) and their allies– to honor the rotation pact signed in 2010.

The Parlacen Foundation Treaty was signed in 1987 and its members – Guatemala, El Salvador, Panama, Honduras and Nicaragua– held the first official session on October 28, 1991.

One of the tasks of Parlacen as a regional political forum is the analysis of basic conditions for democracy, peace and the integration of Central America as well as working out initiatives for its realization.