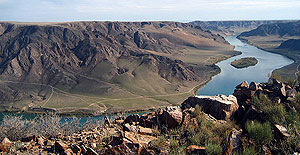 Dominican Republic continues its quest to forge diplomatic ties even with countries with little possibility of trade, as evidenced by Foreign minister Carlos Morales’ meeting with business leaders and ministers from Central Asia’s Kazakhstan Republic.

Attending the meeting were Kazakhstan ambassador in Washington Erlan Idrissov, and business leaders Asset Isekeshev and Anuarbek Arginganzin, who stated their interest in investing in the country, mostly in energy and real estate.

The officials stressed the favorable climate for investments, especially its economic structure and tax incentives that maintain a consistent, fair and transparent legal environment.

Kazakhstan’s main sources of income are the energy industry, tourism, wheat, textiles and cattle and is a major suppier of minerals, Morales said in the meeting, which included Dominican Republic Export and Investment Center (CEI-RD) director Eddy Martinez.