One of the countries that achieved United Nations hunger reduction target

The United Nations Food and Agriculture Organization (FAO) has congratulated 38 countries, mostly in Latin.America and Africa, for meeting the goals of the Zero Hunger Challenge. 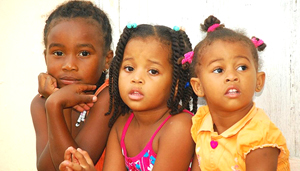 This campaign was launched in 2012 by the Secretary General of the United Nations, Ban Ki Moon, who proposed a series of objectives to be achieved by 2015, including access to sufficient food, preventing underdevelopment

Halfway through the program, the Director General of the FAO, Brazilian Jose Graziano da Silva congratulated the countries on the efforts they have made not only for meeting the first Millennium Development Goal (MDG-1) but also for complying with the stipulation made at the World Food Summit (WFS) to reduce by half the number of people suffering from malnutrition since 1996.

Nevertheless Graziano da Silva asked them to keep going until hunger was totally eradicated as although it has declined over the last decade, 870 million people across the world were still malnourished and more were suffering the consequences. He blamed the situation on inaccessibility to food and other services that families need in order to produce, acquire or obtain food.