Dominican tourism is being redesigned, because according to Vice Minister Jaqueline Mora, “it’s not just 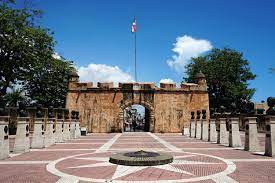 about bringing tourists, it’s about adapting and being a flexible tourism”.

The Dominican Republic seeks to be the destination of the future, redesigning existing attractions and creating new ones.

To achieve this, the country is focusing not only on beach, sun and sand, but on the diversity of Dominican tourism, its gastronomy, concerts, culture, sports, mountains and parks.

Mora, who highlighted the country’s development projects in a meeting with more than 200 travel agencies and tour operators from Europe, airlines and European media, indicated that this redesign also contemplates bringing new attractions to the destination, such as the Katmandu Park and Dorado Park, which will arrive this year.

In this edition of the International Tourism Fair (Fitur 2023), the Dominican Republic seeks to present Miches, a municipality in the province of El Seibo, as a new destination, which has become a tourist investment zone where some 3,000 hotel rooms are being built.

More than beach, sun and sand
Dominican gastronomy is also undergoing a revolution, according to Mora, who said that there are more than 5,000 small and medium-sized restaurants.

In addition, he stressed that they want to present that “we are the cradle of merengue, bachata, the more than seven festivals, pelota, the 73 historical attractions, luxuries, 100 relaxation and 104 adventures.

“We have been totally redesigning ourselves because it is not just about bringing tourists, it is about adapting and being a flexible tourism,” he said.

He indicated that the world faces challenges of growth and high interest rates, but that tourism has shown to be resilient, and tourists will look for destinations where they get more value for their money, as is the Dominican Republic.

Faced with this reality and challenges, the vice minister assures that the country is preparing itself.