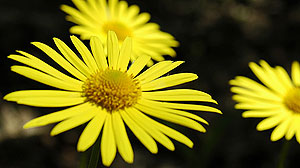 Monday’s ribbon cutting in the first natural gas station in Santo Domingo’s western sectors is the first of numerous openings of those facilities and marks the start of the massive use of that fuel by passenger as well as private vehicles.

The station has 8 pumps and can fill that same number of vehicles in three minutes.

An industry source revealed that the natural gas station inaugurated by the company Soluciones en Gas Natural company (SGN) in the Isla gas station on Independence avenue is only the first of quite a few of those facilities ready to start operations and meet the ever increasing demand for the cheaper fuel, already being used by automobiles ranging from taxis to buses.

He said preliminary studies found that a public transport car saves an average of 12,000 pesos monthly using natural gas.
The Environment Ministry appears to have been given an earful and now issues the permits for natural gas stations with less red tape, the source said, referring to alleged backlogs in that agency.

Heading the inaugural, the first Lady Margarita Cedeño de Fernandez hailed SGN’S contributions with its fourth natural gas station installed in the country, while the company’s vice president, Pedro Juan Lama, revealed that by the end of the month five other stations will be opened; in Charles de Gaulle avenue, Villa Mella, Las Americas, Santiago and Bonao, which were symbolically inaugurated yesterday.

Lama said converting 100,000 vehicles to natural gas in the next three years should be a government priority, saving the country what he estimates at RD $1.5 billion monthly.