Rum manufacturing began in 1852 in the country 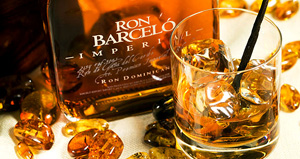 Despite the stumbling blocks that the industrial sector is encountering in its attempts to develop exports and new products, several companies have managed to gain ground in the international market.

Rum distillers are among the leaders, together with breweries, re-bar manufacturers, cement makers, plastic manufacturers, and the traditional coffee and cacao growers.

In fact, rum is a good example of this increasing presence in foreign markets. Both Brugal and Barcelo are available at most commercial establishments in Europe as well as the United States and some of the Caribbean islands.

Currently, there is a Dominican rum presence in more than 40 countries around the globe. Rum is a leading export, growing almost exponentially from US $6 million in 2000 to over US $200 million in 2010.

There are six companies distilling rum in the DR: Brugal, Barcelo, Bermudez, Siboney, Don Ron, Macorix and now Punta Cana. Rum manufacturing in the Dominican Republic officially began with the Bermudez distillery back in 1852.