Representative of the International Foundation for Liberty says the DR is one of the nations with the greatest vocation for development in the region.

President Luis Abinader headed this Thursday the Regional Meeting 2022 Technology, Politics and Economy: Challenges in Latin America and the Caribbean, where the representative of the International Foundation for Liberty (IFF), Beatrice Rangel, said that the Dominican Republic is one of the nations with the greatest vocation for development in the region.

“We find ourselves today in one of the nations with the greatest vocation for development in our region. According to Trading Economics, the Dominican Republic has grown at an average rate of 5.7% from 1992 to this year, a historical record for our region,” Rangel pointed out.

Rangel pointed out that from whatever angle the process of taking advantage of the Free Trade Agreement with the United States is measured, it is clear that the Dominican Republic has been a leader in this process.

He added that of all the DR-CAFTA member countries, the Dominican Republic has brought the most links in the U.S. supply chain into its territory.

“More impressive is that the Dominican Republic in only ten years has achieved a human development index of 782 points, entering the category of leading countries in the subject of human development,” he said.

He said that this development has been achieved thanks to the freedom and democracy that prevail in the Dominican Republic and said he hoped that lessons would be learned from the forum for the rest of Latin America.

For his part, President Luis Abinader said that the Dominican Republic has a leading growth in the region reflected in the record figures of its free trade zones, which has allowed it to climb, in just two years, eight positions in the human development index.

However, he said that one of the challenges facing the country and all of Latin America is to assume a position that has a global impact, focused on deepening synergies with strategic allies such as the United States, Europe, China and the Middle East, “and to integrate ourselves more and better in global decision-making forums”.

The President emphasized that the country’s legal security and our institutional framework also mean that we have record foreign investment and the largest foreign exchange reserves.

In this regard, he cited as a transcendental step in the field of international relations of the Government to have woven a network such as the Alliance for Development in Democracy with Costa Rica and Panama, which, he assured, is reaping many successes. Recently, even the United States has shown great interest in supporting and collaborating with it.

Delivering the keynote address at the meeting, held at a hotel in the capital, President Abinader said that the internal efforts of each country, as well as the collaboration between us is what makes us stronger.

He noted that forums such as this one allow us to generate spaces to provide dynamic and innovative solutions and to lead initiatives that can be replicated in other parts of the world.

The Head of State said that Latin American nations must be allies of change, of technologies and generate a resilient, inclusive and green economy through their government institutions.

Referring to the potential of natural resources in Latin America, the head of state explained that in terms of climate change, for example, the protection of biodiversity and the energy transition are very illustrative examples of the region’s global impact.

To support this approach, President Luis Abinader listed some data: “We have 60% of the planet’s biodiversity, 25% of the tropical forests, 28% of the land with potential for agriculture, 20% of the world’s hydroelectric capacity and so far we have only developed 23% of our hydroelectric potential”. 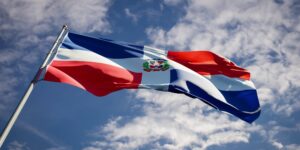 He added that these figures suggest that Latin America and the Caribbean can become a key player in the global fight against climate change and also represent a great competitive advantage, since nature-based solutions are an efficient and cost-effective response to global warming.

In parallel, he added, is the region’s potential to generate clean energy or provide food for the world’s population.

The President said that education, training, progressive fiscal policies, public services as a guarantee of rights and leveling of conditions, regional integration, international financial support mechanisms, or a fair energy transition are the main lines of action that every government should have on its agenda if it wants progress and stability in the next decade.

The President headed the 2022 Regional Meeting organized by the Center for Public Policy Analysis (CAPP), together with Víctor “Ito” Bisonó, president emeritus, with the participation of the former presidents of Uruguay, Luis Alberto Lacalle Herrera, and Colombia, Álvaro Uribe.

CAPP, chaired by Mario Pujols, organized the meeting held at the Intercontinental Real Santo Domingo hotel, as part of its initiatives to promote and discuss public policies related to issues of economic and social relevance in the Dominican Republic.

During the event, the Minister of Industry, Commerce and Mipymes and president emeritus of CAPP, Víctor “Ito” Bisonó, stated that as liberals, they are aware that the Republic cannot depend on the good will of the ruler in office but on the organic life of consolidated institutions.

“That is why we highlight the reform agenda presented by President Luis Abinader who, unlike those who have wanted to play with the Constitutions in search of magnifying their powers, what he does is to promote the limits that benefit the collectivity and the system of presidentialism,” he said.

And he added: “An independent justice, a Public Ministry free from political interference, longings always present in the proselytizing rhetoric, but never implemented by the old politics given to the room agreements. Now that they are a reality, it is time to make them the norm as they should have been long ago”.

The opening panel, entitled Latin America, politics and economy, how political, economic and social changes in the world affect the region, electoral results and the impact on the countries of the region, was analyzed by the former presidents of Uruguay, Luis Alberto Lacalle Herrera and Colombia, Álvaro Uribe, and Iván Duque, who did it virtually.

The panel was moderated by the director for Latin America of the International Foundation for Electoral Systems (IFES), Max Zaldívar.

Also present were the presidents of the Senate, Eduardo Estrella, and of the Chamber of Deputies, Alfredo Pacheco; former President Hipólito Mejía and the Administrative Minister of the Presidency, José Ignacio Paliza.