It is recalled that the Ministry of Environment and Natural Resources assumed the presidency of the regional organization on July 1, for the period July-December 2022.

In his introductory remarks, Minister Ceara Hatton said that, as president pro tempore of the CCAD, and together with his fellow ministers of the region, they will strengthen the climate change agenda of SICA and the positioning and impact of the region in the most important environmental conferences that will take place during the second half of 2022.

“We need to make our status as a highly vulnerable region, and one of the most threatened by climate change, as visible as possible. For our countries, climate change represents a multiplying factor of social, economic and environmental problems, increasing the relationship between vulnerability and poverty and limiting national capacities to achieve the Sustainable Development Goals,” said Minister Ceara Hatton. 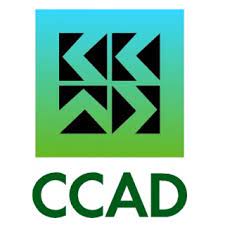 He added that the Dominican Republic and the countries of Central America are impacted every year by climatic phenomena, which represent threats to the food security of the population that generate human migrations, affecting the socio-economic dynamics and public finances, among other negative situations.

“By virtue of the above, we have proposed as pro tempore presidency of the CCAD, and with the support of my fellow ministers, to seek greater access to climate financing, and that these contributions be substantial and additional to the development cooperation we already receive, so that they contribute with new and innovative initiatives for adaptation and mitigation of climate change. To this end, we will convene a Regional Climate Finance Forum, with the participation of our cooperation partners,” said Miguel Ceara.

Finally, he informed that as CCAD they have already initiated the route for the participation of the SICA region in the Twenty-Seventh Conference of the United Nations Framework Convention on Climate Change, known as COP27, to be held in Egypt, from November 6 to 18, which is the most important global meeting on the subject.

Earlier this week, national climate change negotiators from Central America and the Dominican Republic met to begin to reach a technical consensus on the themes of the Ministerial Declaration to be presented at COP27, and during this ministerial meeting the roadmap for such participation will be approved.

The meeting of ministers also reviewed the progress of different regional initiatives and projects underway and in preparation.

The Dominican Republic, as the new country holding the presidency of this regional organization for the period July-December 2022, will work to continue to materialize the common priorities of the eight member countries.