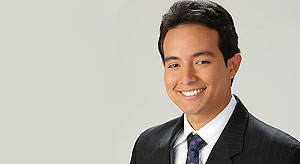 Forbes Magazine has recognized 27-year old Dominican entrepreneur Pedro Santos Sang for having invented a wellhead compression technology that promises to cut costs of natural gas production.
He was included in the prestigious 30 Under 30 group in the energy category. Santos is CEO of OsComp Systems. Santos lives in the US where he has launched two companies.

In an interview, Santos says it the technology also can extend the life of petrol wells from 10 to 30 years.

OsComp Systems has developed a revolutionary new compression technology that reduces initial and operating costs for natural gas producers. Its initial product, WellSpar is designed to enhance the productivity of natural gas wells by deliquifying efficiently and cost-effectively.

Thanks to his invention, which dates from 2009, Santos and his group have won 14 recognitions and acknowledgments, with the most significant for him being the one that was recently made by the prestigious business magazine, Forbes, which declared him to be one of the 30 most outstanding young persons in the energy sector in 2011.

Santos described the hybrid rotor technology: Our near-isothermal rotary compressor technology allows a higher efficiency, power-dense, and lower capital method of producing natural gas wells. OsComp has been able to prove a superior technology in compression in a fraction of the time and cost that it’s taken other startups in the compression technologies space.