Pedernales an exciting tourist destination with a modern airport 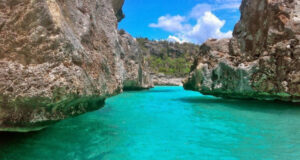 The Presidency announced it wants 3,000 hotel rooms and a modern international airport in Pedernales to spur tourism development in the south westernmost province. Tourism Minister Francisco Javier García said President Danilo Medina in his most recent visit to the area of the Bahía de las Aguilas beach accompanied by Sunwing and TUI vacation group executives, highlighted the tourism potential of the region and said that development for the tourism sector would begin immediately.

Minister of Tourism García said: We were in Pedernales to discuss the land use and investment plans and to specific propose actions to facilitate the construction of 3,000 hotel rooms of the highest standards that are being planned for Pedernales. This is all in the effort to make Pedernales an exciting tourist destination with a modern airport.

Garcia said the investors’ proposals must contribute to the socioeconomic welfare of the southwest, and meet the criteria of environmental conservation.

He said it is the time to get going in Pedernales, pushing this to be the newest tourism pole in the country to benefit the region’s people. Garcia said the effort is consistent with backing sustainable tourism initiatives, economic development and jobs for the area. President Danilo Medina invited the Sunwing executives to return in July 2017 with a final proposal to jumpstart tourism and ecological development of Bahía de las Aguilas.