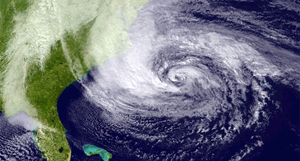 Hurricane season officially starts Saturday, June 1, and the residents and homeowners from the East Coast to the Gulf of Mexico should prepare for an active season. Though nothing threatened the Atlantic Basin in the month of May, early June development is still anticipated.

For the season as a whole, NOAA predicts 16 named tropical storms, eight hurricanes and four major hurricanes. Of these, three named storms are predicted to make landfall in the United States.

Next week or next weekend, around the seventh or eighth of June, we could end up with an organized tropical system in the Gulf of Mexico, Expert Senior Meteorologist Dan Kottlowski said.

At this point it’s really difficult to see what kind of system we’ll be dealing with, he said. We’re certainly keeping an eye on it.

Current information suggests that the greatest potential for impact would be in the eastern and northern Gulf of Mexico, including the west coast of Florida, the panhandle and eastern Louisiana including New Orleans.

I would advise people in northern and eastern portions of the Gulf of Mexico to be in touch with the weather next week, Kottlowski said. Generally, development and forward speed of tropical systems in this area, this time of the year is slow.

The Gulf Coast, Florida and East Coast are all at risk for impact this hurricane season.

Dominican Republic will be the main protagonist at FITUR 2022

This weekend: Tropical wave over the eastern part of the country

This Wednesday is the drill, do you know what determines the Mercalli intensity of an earthquake?