The event is being held at the Dominican Fiesta Hotel until Saturday 22nd, promoting and commercializing tourism offers and products for the area’s markets.

With the presence of the Minister of Tourism, David Collado, vice ministers of tourism, national and international tourism entrepreneurs, tour operators, hoteliers, transporters and companies of the tourism sector, the 26th edition of the Caribbean Tourism Exchange was inaugurated and will be held until Saturday, October 22.

Luis Felipe Aquino, president of the BTC said that the universal perception of the image of the Dominican Republic as a tourist destination is one of preference, especially in the outbound markets of the United States, Canada and Europe.

He said that the receptive capacity, consolidates the Dominican Republic in the outbound markets, presenting the destination with a variety of resources as attractions that combine with the beaches.

“It is evident that an increase in demand projected for a decade would make it necessary to modify and complement the current tourism structure, according to the most recent trends in terms of local offers, with a special redistribution of new flows that seek newer and innovative destinations where natural and cultural heritage must be integrated with environmental conservation and the permanence of genuine values,” he said. 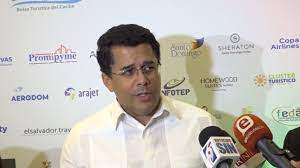 He emphasized that the Dominican Republic is committed to quality tourism. In this sense, he specified that the Ministry of Tourism together with the private sector has established the pertinent strategies in the improvements that allow a sustainable development of the competitive advantages as a tourist product.

He pointed out that the opening of new non-traditional outbound tourism markets, where geographically we are so close and at the same time, so far away due to lack of connectivity. “The new airlines have changed the paradigm, opening up new markets in Mexico, Central America, South America and the insular Caribbean, which will undoubtedly open up new worlds for us, with requirements and demands for recreation, trade, health and culture, where the exchange is two-way, discovering the riches and attractions of these places,” he said.

The event will be held at the Dominican Fiesta Hotel until Saturday 22nd, disseminating, promoting and commercializing tourism offers and products for the markets of the area, which offers a great opportunity to strengthen and promote commercial exchange between the public and private sectors of tourism.

This time, more than four airlines will participate -among them Arajet, Air Century, Sky High, as well as Copa Airlines and Plus Ultra-, which expand connectivity with the countries of Central America and Mexico, as well as with the Caribbean islands and Spain.

More than 200 travel agencies and tour operators from the local market will participate in the networking event, along with operators and travel agencies, which will bring together hoteliers, carriers and companies from the tourism sector.

In addition, several countries in the area will be participating, including the delegation from El Salvador, led by the Tourism Corporation of El Salvador (Corsatur); as well as several hotel companies, travel agencies and tour operators from Colombia and its Salt Cathedral of Zipaquirá. Travel agencies and tour operators from Guatemala, Mexico, Ecuador, Argentina and Peru will also be participating.