The country brings in more than 4 million 182 thousand tourists so far this year.

The Dominican Republic continues to break records with the arrival of tourists by receiving 735,064 thousand non-resident visitors in the recently ended month of July, making it the month with the highest tourist arrivals in the history of the country, surpassing December 2021, informed Minister David Collado this Monday.

Collado indicated that this new achievement is projected to close the year beating for the first time in history the figure of more than 7 million tourists, and said that with this July 2022 arrival of non-resident visitors, it represents 10% more than July 2018, 24% above July 2019 and 30% above the same month of 2021.

“We did it again. We achieved an extraordinary month in tourist arrivals to the Dominican Republic,” Collado expressed when referring to the record figure reached in July in visitor arrivals in relation to the same month in 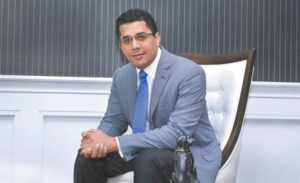 previous years. “July 2022 becomes, together with December 2021, the only months in history in which we surpassed 700,000 tourists in one month,” he added.

The official indicated that, in addition to these 734 thousand visitors by air, another 98,389 cruise passengers arrived in the country in July and that cumulatively the country has more than 4 million 182 thousand tourists so far this year.

He affirmed that the arrival of these tourists last month had a direct impact on the economy, since it represented 931 million dollars in foreign exchange earnings.

Minister Collado reiterated that this year will close with the arrival of more than 7 million tourists, “thus achieving the best tourism year in its history, thanks to the vision that has been implemented from the State by President Luis Abinader, as well as the cooperation of the private sector and all the Ministry’s collaborators”.