The Minister of Labor, Luis Miguel De Camps García, said that thanks to the expansion of the coverage of health plans, the Dominican Republic ranks among the first places in Latin America in terms of Social Security.

De Camps García participated as a panelist in the First Forum on the Challenges of Labor Formalization in Ibero-America held in Colombia by the Ibero-American Social Security Organization (OISS).

De Camps, who holds the presidency of the OISS, maintained that the Dominican Republic currently has more than 97% of its population affiliated with Family Health Insurance.

“In absolute terms, social security covers 10.3 million people, of which 5.5 belong to the Subsidized Regime and 4.5 to the Contributory Regime,” he added.

He pointed out that this coverage has not only grown in terms of the number of people protected, but that the coverage of the Basic Health Plan, which contains a package of medical services to which members are entitled, such as cancer care and adjuvant medicines, has also been substantially expanded. 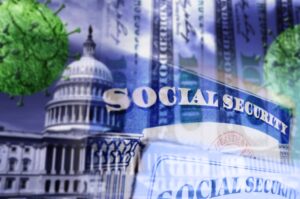 In his presentation, De Camps also highlighted that, in economic terms, the country has one of the fastest growing economies, with an annual average of over 5%.

“Thanks to the policies implemented by the government of Luis Abinader, despite the COVID-19 crisis, we have managed to maintain sustained growth, compared to giants such as Brazil, Argentina, Mexico and Colombia,” he added.

On the other hand, the Minister presented to the panelists and international experts the pilot plan for the formalization of domestic work, with which the authorities seek to reduce labor informality and improve working conditions, health and pension coverage and occupational accidents in this important sector.

This panel entitled “Experiences of Ibero-American countries” was moderated by Gina Magnolia Riaño Barón, Secretary General of the OISS, who highlighted the bilateral exchange sessions and plenary meetings held as part of this forum to reduce labor informality.

This activity was held on October 20-21 at the Hotel Tequendama in Bogota, under the auspices of the Colombian Ministry of Labor.