The President of the Dominican Republic, Luis Abinader, announced that work will begin in July on the new cruise pier in the town of Samaná.

The president toured a number of tourist municipalities with the Minister of Tourism, David Collao, with whom he also announced that the country will host the next annual conference of the Florida and Caribbean Cruise Association. The event will take place between October 12 and 14 of this year. 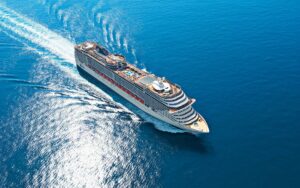 The new dock will be organized by a local company whose name will be revealed in the coming days.

The Dominican president also announced that another cruise pier will be built in Cabo Rojo.

“Nobody will regret it, the Dominican Republic is in fashion and we have returned to conquer the world from our coasts and ports,” he said.

Minister Collado, for his part, detailed that in May 2022 a total of 82,199 cruise passengers had arrived in the Dominican Republic on 10 cruise lines, carrying out 32 operations, of which 13 corresponded to ferries and 19 cruises.

From July 2021 to May 2022; that is to say, in the middle of the recovery process after the sanitary crisis caused by Covid-19, a total of 754,760 cruise passengers were registered at Dominican docks.

A historic musical at the National Theater

The 21st edition of the Latin Music Tour has arrived