Despite of the slightly decrease on tourist numbers

In the first quarter of 2013, the number of foreign tourists coming to Dominican Republic slightly decreased (-1.10%) when compared to the numbers recorded in the same period during 2012. 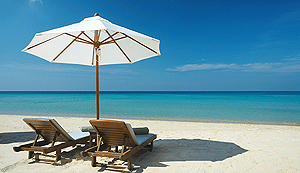 But according to Francisco Javier Garcia, the Dominican Tourism Minister, the heavy snow experienced by USA in February and March affected the data for the winter season since the North American country is one of the most important source markets for Dominican Republic.

He says that another element causing the Republic to register 1.10% less tourist arrivals in April was attributed to the economic crisis in Europe. The Central Bank of the Dominican Republic reflected in its monthly report that in this quarter, 1,735,638 tourists arrived to DR compared to the 1,754,892 who arrived in the same period of 2012.

The main bank of the country agrees with Minister Garcia, pointing out that some of the reasons for the decline are the economic crisis in Europe and numerous flight cancellations in the source markets.

Apparently, the data for the first four months of 2013 are not to cause alarm because tourism is projected to close this year with positive numbers, according to Minister García, since investments are being developed as far as promotion in source markets that are strategic for the country.

In fact, the budget to promote tourism has increased by 40% in the U.S. market, 20% to Europe, and the South American and Canadian markets are putting in the necessary work to position themselves as contributors as well.

Other actions that have been taken is increasing investments in the promotion in Russia, which holds great importance for the country right now, so much so that there are plans to open an office in Moscow in September that will complement the operations of the St. Petersburg office, as well as the appointment of representatives in major cities of the nation.