Foreign investments reach US$1,027 million during January-March 2021, according to the Central Bank.

Because of its economic stability, legal security and strategic position, the Dominican Republic has become one of the main recipients of foreign direct investment (FDI) in the region.

This was stated by the commercial director for the Caribbean of Essity, Adriana Navarro, explaining that “the good business climate, its location in the Caribbean and political stability motivate us to invest here and that the Dominican Republic is the base of operations of Grupo Familia in the region”. 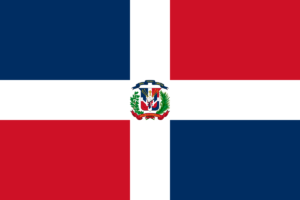 In the first quarter of 2022, US$1,027.7 million was raised, which represents a third of the amount invested in 2021. This means that depending on the political and economic conditions that are in favor of foreign investments in the coming months, the amount captured for this concept may exceed the US$3,102.1 million reported in 2021.

Being a nation known for having a solid financial sector and an organized business community are facts that attract foreign investors to the Dominican Republic. This factor is key for those who settle multinational operations in Dominican territory.

That motivated Essity to become a majority partner of Grupo Familia. “Connecting and staying close to our clients will serve to offer wellbeing to Dominicans through environmentally friendly products,” Navarro said.

Official statistics indicate that for last year, the United States consolidated with the largest flow of foreign capital for US$320.3 million, which is equivalent to 31.1% of the total amount for that period. This was followed by capital from Canada, with US$128.8 million; Mexico, with US$91.9 million, and the British Virgin Islands, with US$58.9 million.