And warned that making “an analysis of the behavior of inflation using periods longer than twelve months, in order to deliberately, for particular reasons and interests, present the country at this juncture as one of those with the highest inflation in the region, as recently done by some fellow economists and political leaders, is unfortunate and could contribute to alter the expectations of economic agents on the future evolution of prices and affect their spending and investment decisions”.

The BCRD in a document issued “in the interest of keeping economic agents and the general public properly educated, considers it appropriate to present some clarifying remarks on the recent behavior of inflation, using the conventional methodology most commonly used by international organizations, academics and financial analysts to monitor this variable in countries that have adopted an inflation targeting scheme, as is the case of the Dominican 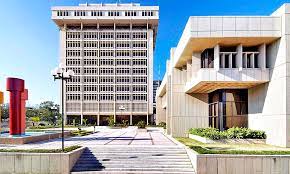 Republic and most Latin American economies. He emphasizes that a decade ago, the BCRD adopted an inflation targeting scheme (EMI), after a period of technical support from the International Monetary Fund (IMF) and advice from experts from the main central banks of the region, in which compliance with the target was established based on the result of the inter-annual variation of the consumer price index (CPI), that is, in a period of twelve months. The use of year-on-year or annualized inflation is based on the best practices of the most advanced countries with explicit inflation targets.

One of the most outstanding advantages of this type of monetary policy scheme is that it allows anchoring the expectations of economic agents and investors around the inflation target of the Central Bank, in order to create certainty and contribute to maintain a favorable business climate and macroeconomic stability.

In this sense, it expresses that “to make an analysis of the inflation behavior using periods longer than twelve months, in order to deliberately, for particular reasons and interests, present the country at this juncture as one of the countries with the highest inflation in the region, as recently done by some economist colleagues and political leaders, is unfortunate and could contribute to alter the expectations of the economic agents on the future evolution of prices and affect their spending and investment decisions.

The document, which is published in full elsewhere in this issue, states that an objective assessment clearly shows that the global inflationary situation of the last two years is a direct consequence of the impact of the Covid-19 pandemic, “which brought with it significant disruptions in production and supply chains, a notable rise in commodity prices, including oil, as well as significant increases in the cost of sea freight and containers, which have been more persistent due to the military conflict between Russia-Ukraine, two of the world’s largest producers of raw materials, and exacerbated the adverse global aggregate supply shock”.

In those with lower inflation there are dollarized

The BCRD highlights that when making a comparison of inter-annual inflation from July 2021 to July 2022 in Latin America, which is the appropriate period to monitor inflation in the countries, it is observed that the annualized inflation of the country is located below the median, which means that 10 countries of the list of 18 register an annualized variation of the CPI higher than that of the DR”. It cites the cases of Venezuela, with an inflation of 137.1 %, Argentina (71.0 %), Chile (13.1 %), Costa Rica (11.5 %), Nicaragua (11.5 %), Paraguay (11.1 %), Honduras (10.9 %), Colombia (10.2 %), Brazil (10.1 %) and Uruguay (9.6 %). It highlights that, of the seven countries with lower inflation than the domestic one, three are dollarized, so they would not be comparable since they do not follow an independent monetary policy scheme. “Similarly, in terms of accumulated inflation in January-July 2022, the country is in the same position with respect to its Latin American peers,” he says. He exposes that “a revealing fact that some political analysts have tried to ignore in their eagerness to detract from the efforts made to stabilize the behavior of domestic prices is that after Uruguay and Guatemala, the Dominican Republic is the country with the smallest deviation with respect to the center of its inflation target range within all those that follow this monetary policy scheme in the region”.