He gave a conference organized by Banco de Reservas on the occasion of the 81st anniversary of the financial institution.

The renowned economist and former executive director of the World Bank, Moisés Naim, affirmed that the Dominican Republic has managed to place itself within a group of nations that he called “surprise countries”.

The renowned economist and former executive director of the World Bank, Moisés Naim affirmed that the Dominican Republic has managed to place itself within a group of nations that he called “surprise countries”, due to the take-off and growth of its economies, in spite of the uncertainty and contraction of the global economy in the last decades.

Naim made this statement during the conference organized by the Banco de Reservas, “The world economy: surprises, emergencies and solutions”, in which he addressed issues such as democracy, which in his opinion is in danger of extinction due to “populism, polarization and post-truth”, which have made possible the rise to power of questionable figures and make the democratic system more costly, as well as aspects related to geopolitics.

After analyzing that there are exogenous forces that are causing many changes that affect us as countries and personally, Naim indicated that there is also good news, as is the case of the “countries that are surprising us”, among which is the Dominican Republic.

Among this group of nations that are better equipped to weather a possible global recession due to their economic growth, Gross Domestic Product (GDP) and maintaining controlled inflation are Vietnam, Indonesia, India, Greece, Portugal, Saudi Arabia and Japan.

“In the case of the Dominican Republic, the renowned economist replied, “You know that you are doing well and you know what you have yet to do.”

In the case of Vietnam, he cited that it has a growth of 7%; Indonesia, the nation with the largest number of Muslims, has 5%; India, a GDP between 8% and 9%; Greece, which has recovered after a strong financial crisis, 4%; Portugal has also seen its economy grow significantly; Saudi Arabia, will grow by 6% for the next two to three years, plus it has incorporated major reforms and makes millionaire investments in infrastructure, science and technology and has several 21st century universities that have billions of dollars of investment; and Japan, where currently the cost of labor is lower than in China.

The DR is doing well

Banreservas general manager Samuel Pereyra and economist Moises.
In the case of the Dominican Republic, the renowned economist replied, “You know that you are doing well and you know what remains to be done, and which are the tasks that will not be corrected, but also those that will be corrected”. He added that the country navigated the adversities caused by the pandemic, despite which the economy has continued to grow.

Another country that is surprisingly growing is Guyana, which has a population of only about 800,000, mostly residing in rural areas, but which has achieved an impressive GDP growth of 57%. 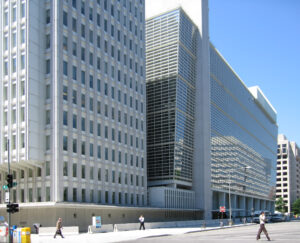 The renowned author of books such as “The End of Power”, “Rethinking the World”, “Illicit” and the most recent “The Revenge of the Powerful”, analyzed the changes generated by world geopolitics, the impact of the war between Russia and Ukraine and the prices of energy and food, to the point of affirming that there are “prices that overthrow governments”.

“We know that great things are happening, exogenous forces that are operating, that are transforming our society, our countries, our neighborhoods. We know that great changes are coming, that they are going to touch our families, but we do not know how. It is the anxiety of uncertainty, what will happen next…, how my people will be left. And that is part of the confusion”, he observed.

Calling attention to the meeting being held this week in Washington by the International Monetary Fund (IMF) and the World Bank, he said that important decisions will be made that will have important consequences for everyone.

Naim spoke at a hotel in the capital before an audience of economists, intellectuals, civil servants, members of the diplomatic corps and executives of the Banco de Reservas.

Keys to rethink the future

Samuel Pereyra, general administrator of Banreservas, highlighted that Naim is “considered one of the most outstanding intellectuals in the world and one of the top 100 leaders of global thought”.

He said that Banreservas is highly honored to present the outstanding intellectual and lecturer, on the occasion of this month’s commemoration of the 81st anniversary of Banreservas’ founding.