This figure represents 733.2 million more than the resources collected for this concept in the pre-pandemic period.

Tourism is recovering after the abrupt fall due to the covid-19 pandemic. According to the General Directorate of Internal Taxes, tourist card and passenger departure collections amounted to RD$6,639.9 million between January and June, 72.3% more than the RD$3,852.8 million of the same period of 2021.

The amount represents 94% of the estimated collections in that sense, which are estimated at RD$7,099.8 million, with only 404.9 remaining to exceed the goal established by the collecting entity.

Furthermore, that figure represents 733.2 million more than the resources collected for that concept in the pre-pandemic period when RD$5,906.7 million was collected, between January-July 2019. 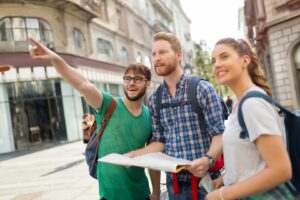 During the first quarter of 2022, more than 1.7 million tourists have been received, which allows projecting that this year could reach close to 7 million visitors.

According to the latest statistics updated between January and May, 57.1% of the visitors who entered the country arrived from North America, 26.3% from Europe, 12.9% from South America, 3.3% from Central America and the Caribbean, and the remaining 0.4% from Asia and the rest of the world.