Puerto Rican-American singer Marc Anthony will meet again with his Dominican fans as part of his “Viviendo” tour. The show will take place on September 22 at the Félix Sánchez Olympic Stadium in Santo Domingo. This was announced by businessman Saymon Diaz through his Instagram, whose company SD Concerts is in charge of the show.

The tickets will be available on the platform “tuboleta.com.do”, where the exclusive pre-sale with a 25% discount from August 4 to 9, 2022 has already been announced”. The general sale will begin on August 10, 2022.

Marc Anthony was born on September 16, 1968 in New York (United States). He is the son of Felipe Muñiz and Guillermina Quiñones, both Puerto Ricans. His name was chosen by his father in honor of Marco Antonio Muñiz 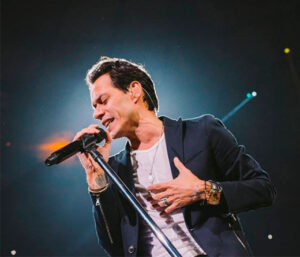 Vega of whom he is a great admirer, although Marc had to change it artistically so that they would not be confused.

In 2009 Marc Anthony performed at the Viña del Mar International Song Festival in Chile, considered the most important in Latin America, being transmitted to more than 50 countries.

In 2011 he started the Dos Mundos Tour, a concert in Latin America with his partner Alejandro Fernandez. On June 18, he performed at the new National Stadium in Costa Rica where he performed an excellent musical show of two genres on one stage.

In 2012 he performed at the Manacacías Summer Festival held in Colombia in the municipality of Puerto Gaitán which is located in the Department of Meta along with other artists such as Eddy Herrera.