Ten years ago, two significant transformations in the Dominican hotel industry were unthinkable: the impulse taken by the seven main North American hotel franchises in the country and the powerful investment by national and foreign investment funds. On the one hand, Spanish investment dominated the leisure market, with a share of close to 65% of hotel rooms, especially in the most emblematic tourist destination, Punta Cana, which represents over 50% of the total number of rooms in the country, most of which are operated under the all-inclusive regime.

On the other hand, the market share of European countries of origin was 22%, while the USA and Canada represented 43%. Europeans came mostly through tour operators.

At that time, when the signs were just beginning to appear, I dared to point out that the major North American hotel brands would make a strong bet on the Dominican market in the near future, and that, in addition, they would participate in the all-inclusive model. Perhaps I was wrong in my time estimation, but I hit the bull’s eye with both pitches.

In response to a substantial change in distribution channels driven by technology, and a greater influx of tourists from North America, which increased during the pandemic, the number of franchises of major North American hotel brands such as Marriott, Hyatt, Intercontinental (IHG), Hilton and Wyndham, among others, has grown exponentially in the last five years.

The effect has been interesting, to say the least. From a vertical integration in most of the large Spanish hotel companies, Meliá, Barceló, Iberostar, Bahía Príncipe, among others, which participate and/or participated in the tour operation business, directly or indirectly, we have moved on to a significant growth of the large international hotel brands (mainly American), under the franchise model. There are hotels owned by Spanish capital, managed by an independent operator, marketed and distributed by a third party, and with a North American franchise. 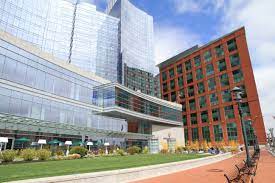 The phenomenon manifests itself in another way. There has been an expansion of investment in urban centers, especially Santo Domingo and Santiago. There has been an increase in the participation of capital of Dominican origin in the hotel industry, what we would call the second wave, now led by national investment funds. The first wave occurred in Playa Dorada, such as Holiday Inn, Dorado Naco, Villas Doradas, Puerto Plata Village and Radisson hotels, among others. There has been an expansion in previously unexplored segments, such as medical tourism. An example is the Residence Inn by Marriott hotel being built next to the Hospital Metropolitano de Santiago (HOMS).

To show a broader universe of the above, last November, Iberostar sealed a strategic alliance with InterContinental Hotels Group PLC to promote the marketing of resorts and hotels in the Caribbean, America, Southern Europe and North Africa. The company’s properties will be included in the IHG system in December 2022 under the Iberostar Beachfront Resorts brand.

The agreement grants IHG authorization to use the Iberostar brand for an initial thirty-year term with an option for additional twenty-year periods. It will integrate up to 24,300 rooms from seventy properties into the system over the next two years, growing the company’s overall equity by 2.8%.

What can we expect from the next franchises to be established in the Dominican Republic? That they expand their portfolio of products and services, that they study the new demands of consumers in terms of the experiences they are looking for, complementary offers, quality of materials, greater attention to detail, among others. They should be concerned about personnel training, cooperate with university programs, and train better professionals who add value to the country and the brand they represent.

We are in a time of constant change in the sector. Globalization requires us to modernize the relationship with users, to include or eliminate amenities, but nothing will be more important than selling experiences and that these experiences bring them closer to the nature we enjoy and the kindness of the Dominican people. That tourists feel that everything they see and do can be treasured in their hearts for life.

*The author is a past President of Asonahores and CHTA and a recognized expert lawyer in foreign investment and the tourism sector.