Eastern Bahoruco: a guarantee for water in the Pedernales project, according to the Academy of Science

The availability of water for the Pedernales development project, one of the main challenges of the initiative, would have as its only guarantee the eastern zone of the Sierra de Bahoruco, according to the Academy of Sciences of the Dominican Republic, an entity that cited the lack of water for a plan of such magnitude as one of its concerns.

The rivers that supply drinking water to the communities located in the mountains and on the coast of the Caribbean Sea originate at this end of the mountain range. Eastern Bahoruco includes the municipalities of Polo, Paraíso and Enriquillo.

“The only guarantee is in Eastern Bahoruco”, said Eleuterio Martinez, vice-president of the institution, during an interview granted to Diario Libre together with the president of the Academy, Dr. Luis Scheker. The academic said that, as assured by studies carried out on the availability of the liquid, it is possible that both the Pedernales and Mulito rivers can produce “a little water”.

However, the vice-president of the Academy of Sciences said that for this kind of project the solution lies in the runoff waters, that is, those that move on the surface. “Those waters are in the Nizaíto River, which is a little distant from the development zone,” he added, while advocating in that case for an irrigation canal to the municipality of Oviedo. 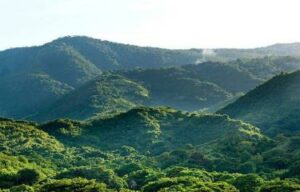 He maintained that, in Los Tres Charcos, where the construction of an airport is planned, the waters arrive by gravity, so he urged that practices such as flood irrigation agriculture should not be wasted, so that it can be used for the development initiative.

“With five cubic liters per second that you take to that project you have water to make a city like the eastern zone does not have; all the problem that there is in the east is due to saline intrusion and if there is saline intrusion it is because everyone takes water from the subsoil,” he added.

In Martínez’s opinion, if the water produced in the Eastern Bahoruco is carried by gravity, “you will have a luxury project in the entire Bahía de las Águilas area. This can be potentiated with a dam or a good water intake in Paraíso”.

Regarding the government’s initiative that the main source of water should come from underground extraction, Martínez pointed out that subway water cannot be considered for a project of such magnitude and that, in his opinion, it is an alternative that is considered “when there are no others”.

The vice-president of the Academy of Sciences pointed to time as an obstacle to the proposed alternative, since it would take more than four years to carry it out “and the governments, almost all of them, have to see it in terms of the period of time they are in”.

A project that would demonstrate that “conservation does pay”.

The Academy expressed its support for the project, since, if it becomes a reality, it would demonstrate that “conservation does pay”.

“All these protected areas are the new element, the hidden secret that has always been talked about. It is in Pelempito, Las Mercedes, La Mencía, Aguas Negras, in Los Ahorros and all of that is Western Bahoruco, which has no surface water, but has the potential for the greatest biological wealth in the Caribbean region”, added the vice-president of the entity.

Martínez indicated that there are some aspects for which they do not have very clear answers. This is the case of how the project will be administered “and the form of the infrastructure that will be developed, such as the location of the airport and the road to be built to Pedernales”. However, in spite of this, he maintained that the Academy supports the development of the province. He said that “up to now, everything the government has promised has been fulfilled, which is the absolute respect for the Jaragua National Park and the surrounding areas”.