This area was used as a parking area by truck drivers and was under a slum and was recovered by the mayor’s office.

The mayor of the municipality of Santo Domingo Oeste announced the construction of a soccer field in the traffic circle of Avenida 30 de Mayo, next to the old Manresa.

José Andújar explained that this sports complex is part of the extension of the “Bulevar de los Famosos”, which will be the first sports complex in the country and the region to be underneath the elevated buildings.

On his side, Benny Metz, representative of the Football commissioner, highlighted the commitment of the President of the Republic, Luis Abinader, to support the mayors, especially Santo Domingo Oeste, so that they can continue to do a better job. He also emphasized the good management that Andújar has been doing for the benefit of the municipalities. 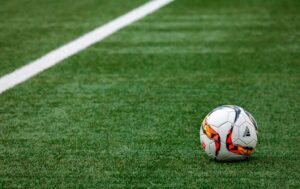 The treasurer of the Dominican Football Federation, Janet Rivera Torres, valued this initiative as positive, defined Mayor José Andújar as a pioneer of the sport and called on other mayors of the country to copy this example.

It will be a professional field 90 meters long by 45 meters wide, which is the minimum requirement for professional soccer to be able to play international tournaments. It will be 75 percent of the length of the field and will have parking and a large green area.

Also present at the ceremony were Ivanoe Taveras, sports coordinator of kilometer 13 of Sanchez Avenue, who will be the administrator of the field, Silvano Parra (Papitin), Ruben García, president of the Dominican Football Federation, Mariano Pérez, technical director of the South-20 soccer team which will qualify for the World Cup to be held in Indonesia in 2023, among community members of the area and officials of the mayor’s office.