The modality offers visitors to admire galaxies through their senses.

How often have you been aware of the close relationship between your existence and the space you inhabit? Long before life began on Earth, the chemical elements that have made it possible and that also make up human beings were conceived in stars that were born even before the Sun of our solar system.

When people notice this through their senses, the result is an experience that connects them with the nature of which they are a part. This is the proposal made by astrotourism, an incipient modality in the Dominican Republic that seeks to make the most of the night view offered by the sky to tell the story of the stars from the Caribbean.

“We combine elements of enjoyment, such as a good meal or drink, while giving people an explanation of the correlation of what they are enjoying with the sky,” describes Manuel Grullón, a space lover who, as a member of the Dominican Astronomy Society, took advantage of his knowledge and some of the telescopes he was investing in as an amateur to found, in 2017, the company M42 Astrotours.

Unlike museums, where the skies are recreated for people to understand the phases of a star and the lenses remain static waiting to be contemplated through them, the venture invites foreign and local tourists to a “show” with actors and actresses who interpret the history of the universe and humanity, with relevant figures from an astronomical point of view.

This immersive approach has allowed the company to transfer its 11 telescopes (three of which have been manufactured locally) to all kinds of scenarios: weddings, marriage proposals, special events, vacation clubs and, above all, to its potential clients: medium and high-end hotels in the Punta Cana area, La Altagracia province, which want to offer their guests a different and innovative experience.

Maroju, the company’s largest telephoto lens, is assembled with a lens that was used from NASA‘s Jet Propulsion and Mars Science Laboratory, guaranteeing its quality and wide visibility of celestial bodies in dark skies.

Qualified through practice, constant consultation of literature and astronomy workshops taken with foreign universities, the 11 people that make up the team are in charge of setting up the logistics to receive visitors with the best amenities available and adapted to the conditions offered by the open sky. 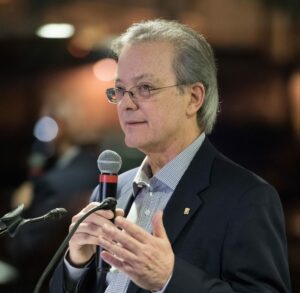 Between February 2020 and February 2021, more than 5,000 tourists participated in the astronomical observation activities.
“Without seeking to lose the rigor of what we say, we like to make (the activity) accessible and fun, because that is the way we understand that we can have an attractive product for tourists and events,” explains Grullón, highlighting that astrotourism has the advantage that, as the sky is different throughout the year depending on the season, the amount of content about the stars that can be offered “is almost infinite.”

“This is content that creates an almost spiritual connection with people, because when we address specific topics in a straightforward way, with good analogies, people understand that human beings are made of what they are seeing.”

Ecotrips in other parts of the Dominican Republic

For those interested in experiencing the experience outside of hotels, M42 Astrotours coordinates trips to the interior of the Dominican Republic, where local visitors can enjoy a night of viewing galaxies, nebulae and other “more unique and difficult to see objects that require a less polluted environment.”

Groups can be up to a maximum of 30 travelers, who will have breakfast, lunch, transportation and lodging in an Ecolodge hotel included at an average price of RD$8,300 per person. Both the southwest line, starting in Baní, Peravia province, and the northwest line, taking Puerto Plata or the municipality of Cabrera as starting points, offer open sky landscapes favorable for stargazing.

The company continues to explore new destinations where this type of tourism can be implemented, such as Azua and, recently, the Valle Nuevo de Constanza, where nighttime observations have been successfully carried out despite the humidity of this particular area, a climatic condition that is not usually favorable for telescopes.