The conference brings together the main entrepreneurs of the cruise sector and will offer the country the possibility of finalizing negotiations for new cruise lines to come to our ports and for the existing ones to increase their visits.

In the January-September period of this year, the Dominican Republic received, by sea, 800,000 visitors, between cruise passengers and crew, according to what was published in the press this Monday, October 10, on the occasion of the 28th edition of the conference of the Cruise Lines Association of the Dominican Republic. The conference is being held at the Jaragua Hotel from Tuesday to Friday of this week, with the participation of more than 500 personalities from 40 countries, according to Minister David Collado, who said: “With this meeting of the FCCA, the eyes of the cruise industry worldwide will be on our country and its impact on our continued growth will be impressive”.

There are 22 cruise companies affiliated with the FCCA, which operate more than 100 ships in Florida, the Caribbean and Latin America. The conference brings together the main entrepreneurs of the cruise sector and will offer the country the possibility of finalizing negotiations for new cruise lines to come to our ports and for the existing ones to increase their visits. 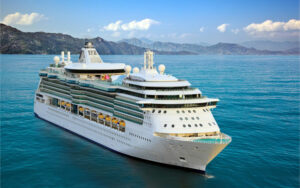 “Regrettable, but true. The Dominican Republic is not among the top ten cruise ship tourism destinations in the Caribbean. According to an article by Reed Albergotti and Candace Jackson, published last March 5 in The Wall Street Journal Americas supplement, which circulates in the Sunday edition of Listín Diario, the ten Caribbean destinations that led cruise tourism in 2005 were: Bahamas, Cozumel, Virgin Islands, Cayman Islands, St. Maarten, St. Martin, Puerto Rico, Jamaica, Belize, Antigua and Barbuda, and St. Lucia.

The latter island, which ranked tenth, was visited by 258 cruise ships with 394,431 tourists, while the leading destination, the Bahamas, received 1,554 cruise ships with 3,349,998 tourists in 2005, according to the article, which quotes the president of a major cruise company, Royal Caribbean International, stating that “among the future destinations his company is considering are Havana and Cartagena de Indias”.

Cruise tourism moves fifteen billion dollars annually, according to the article, which quotes a Virgin Islands official estimating between US$200,000 and US$400,000 as the “immediate economic impact” produced by each cruise ship that docks at a port.

Since the Dominican Republic is not mentioned in the article, I suspect that we are missing out on a good piece of the Caribbean cruise tourism pie. And we shouldn’t be.

So much for my March 2006 article. Sixteen years after it was published, I am happy to know the growth in the number of cruise ships arriving at Dominican ports and in the number of tourists they bring us, as well as their impact on the generation of foreign exchange and jobs, as the demand for products and services required by these tourists increases.