Despite Fiona, the DR had its best September ever in terms of tourist arrivals with more than 400 thousand tourists

Record tourist arrivals generated revenues in excess of US$6 billion.

Despite the effects of storm Fiona, Dominican tourism once again reached record numbers, with the arrival of 430,129 tourists in September, 106,467 more than in the same month of 2019.

At a press conference where visitor arrival statistics for the ninth month of the year were offered, Minister David Collado also reported that in the January-September period the sector generated more than US$6 billion and that the year is expected to end with foreign exchange earnings exceeding US$8.4 billion.

“It is something extraordinary, reaching record figures after being impacted by a storm. This shows the strength and resilience of our tourism”, assured the official who was accompanied by representatives of the Association of Hotels and Tourism (ASONAHORES), the Airport Association of the country, as well as businessmen and officials of the sector. 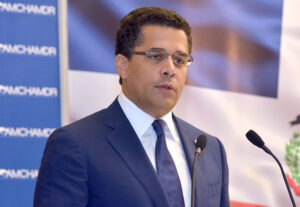 Meanwhile, hotel occupancy at the general level was 61% for the month of September, with a housing availability of 91%.

Meanwhile, in satisfaction surveys of some 25,996 respondents, 91% would return to the Dominican Republic and another 84% would recommend visiting Quisqueya.