The declaration serves as a reason for the Miguel De Peña Foundation and the Public-Private Table of Nature Tourism to announce the realization of the Annual International Festival of Rural Nature Tourism and Bass Fishing, an event that will be dedicated to the Vice President of the Republic, Raquel Peña. 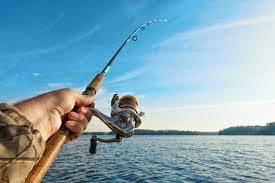 The activity, coordinated by the Vice-Ministry of Destinations of the Ministry of Tourism, will be held on October 29 and 30 of this year, at the Natura Bass Marina, in Hatillo Lake, and has the objective of promoting nature tourism and the economic development of the area of the province of Sanchez Ramirez.

The Fishing Tourism Festival will have as a special guest the island of Puerto Rico to consolidate the Dominican-Puerto Rican union,
with the support of the Commercial Office of Puerto Rico in the country, which plans to bring Puerto Rican fishermen tourists with their boats to the event, in agreement with the company Ferrys del Caribe.