The governor of the Central Bank, Héctor Valdez Albizu, assured that the tourism sector represents a third part of 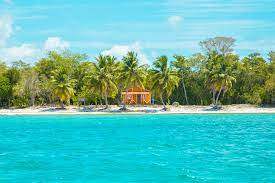 the economic growth registered in the country.

“The tourism sector represented the third part of the growth of the economy. It was very important,” said Albizu.

After participating in the announcement by the Ministry of Tourism (Mitur), in which it was reported that during the year 2022 more than 7 million tourists arrived in the country, the veteran governor of the Central Bank advanced that the estimates of that entity is that of the Dominican economy will grow around 4.5%, slightly less than the estimates of international organizations.

“We are estimating 4.5, the World Bank estimates 4.9 which is a very important growth in the context of the world economy where there is a crisis due to geopolitics”, he added.

He explained that “if we grow 4.5 it is a success, however, the World Bank and the International Monetary Fund are estimating that we are going to reach 4.9”.